Well, more like a love-hate kind of a thing. While driving around the Balaton Lake we came across a field full of old military equipment. Most of it seemed to be old Russian stuff that used to bring fear and respect pretty much all over the world but is now slowly rusting away on such fields all over Central and Eastern Europe.

I particularly liked the huge military gunship helicopter, also known as the Mi24.  Watching the Rambo series, or pretty much any other war-type movie in the late 80’s to early 90’s, the Mi24 was a beast everyone was terrified of. Standing next to one I had somewhat mixed feelings: 1) WOW, that thing is awesome and 2) who would ever want to fly such a pile of scrap metal. Surely it has earned its respect throughout the years, but seeing one up close it just looked like a giant bag of failure waiting to happen.

The person running the entire field quickly picked up on our English and assured us that most of the equipment was in running order, and that nothing was impossible. Meaning of course that for the right price you could test drive a tank. But after a short dunk inside one of the tanks, my claustrophobia agreed with my empty wallet in that driving a tank was not an option.

Oddly enough there was a circus setup next door, which allowed Karolina to take this interesting photo. 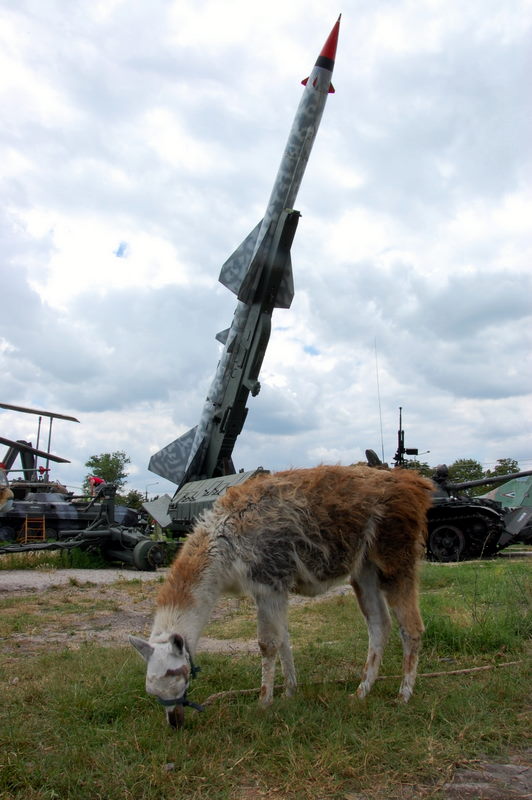 One thought on “From Russia With Love”