On August 17th 1980, 21 demands were issued by the Interfactory Strike Committee (Międzyzakładowy Komitet Strajkowy, MKS). The goal of these was to improve the lives of factory workers and thus the very first demand was the right to organize independent trade unions. Other demands requested for the government to respect the constitutional rights and freedoms, treat all citizens equally and not give preferential treatment to the Communist Party members, and take actions to improve the economic conditions of Polish citizens. 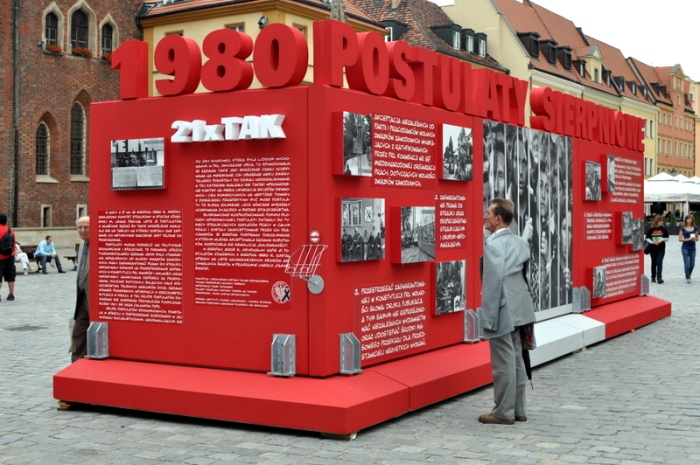 These demands eventually led to creation of Solidarity Trade Union (Solidarność) of which Lech Wałęsa was the president and who in turn was elected President of Poland ten years later. I mention Lech Wałęsa because he’s still very well recognized in the U.S. If I was to meet someone and tell them that I’m Polish, there are two names that immediately come to their mind; 1) Lech Wałęsa and 2) Lato, referring to Bolesław Lato, a leading scorer of the 1974 World Cup in football (soccer) where Poland took 3rd place.

In September Solidarność will be celebrating its 30 year anniversary and there are a lot of events around the city scheduled in that honor.

A link to all 21 demands in English is here.