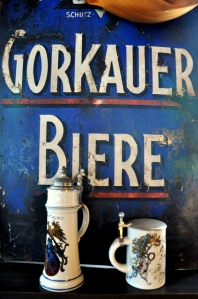 The Gorkauer Bürgerbräu beer brewery was built in Sobótka Górka in 1817 by Ernst von Lüttwitz. Beer there was brewed using traditional bavarian methods. His son, Wilhelm, expended the brewery in 1858. In 1864 tunnels were drilled deep into the granite rock of the Ślęża mountain to gain access to water rich in calcium which in turn gave the beer its very distinct and desired taste. That unique taste was also a result of underground storage where beer was kept naturally cool underneath layers of solid granite.

In 1923 brewery entered the stock market known as Gorkauer Societäts-Brauerei A.G. It produced about 1,300,000 gallons of beer a year which made it very popular in the Lower Silesian region. It stopped production during World War II, but reopened in 1945 until it was closed for good in 1998 by its current owner, Polish owned Browary Dolnośląskie SA (Lower Silesian Brewary Co.) One hundred and twenty eight years Germans kept up one of the best breweries in the region, and Poland managed to run it into the ground in just fifty three.

Today only ruins remain of the glory days Gorkauer Biere once had. We sat and drank warm spiced beer a hundred feet away, at an old brewery truck weigh station turned pub, where some old signs of the once famous beer still hung. 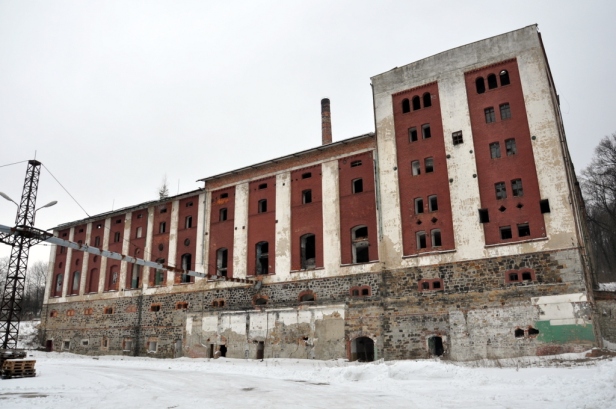 My uncle who lives in Sobótka, thanks to whom we got a tour of the place and enjoyed a nice day away from Wrocław, owns a few Gorkauer Biere bottles. While walking trough the forest we also came across an opening in one of the old storage tunnels. Nothing but trash in there now, but would be interesting to wander through there with a flashlight one day. Hope you enjoy the photos.

One thought on “Gorkauer Beer Brewery”