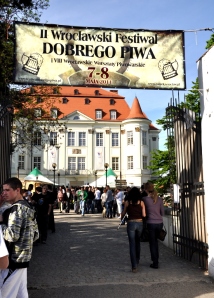 This weekend was the second annual “Good Beer Festival” at the nearby castle just a short walk away from my house. I wrote about this festival a year ago here.

Just like a year ago, I decided to taste all of the honey beer on tap and had about 4 pints before concluding that honey beer selection a year ago was much better. The festival as a whole though was a great improvement over last years event. It was much larger with many more beer vendors and stands all around, greater food selection as well, actual places to sit down and enjoy your beer, trash cans and portable potties, and even a cleaning service making sure everything was nice and tidy all around. It’s a simple concept really; give ’em trash cans and they will come.

There was a huge playground for kids but in general children seemed to prefer beating up on a sumo body suit guy during one of the concerts that evening. The band on the photos is called Spaceman and I really liked their cover of Johnny Cash’s “Ring of Fire”. You can listen to their version by clicking here. It’s a little fast but I like it.

In between bands a beer stein holding contest took place among ten lucky ladies randomly picked from the audience. No cheating allowed, arms straight, no bent elbows, and if you can’t hold beer in you’re out. The steins were empty of course, but it was still funny listening to the announcer saying “your’re spilling it all!”.

After the ladies were done six guys were chosen for a beer chugging contest. Five young guys and a visibly older gentleman twice their age were all given a bottle of beer each, with a task to first open the bottle (no twist offs here) and then drink it as fast as possible. The older dude had trouble opening his beer and was the last one out the gate, but it was only a matter of seconds before he finished the entire bottle way ahead of the next contestant. The crowd went nuts when they saw an older guy school the youngins in the art of beer chugging. It was awesome. I’m not surprised at all that he won, I see plenty of guys like that with a bottle in hand on my way to work…at 7 in the morning!

Going back to the beer selection for a minute I would like to see more international beers next year. It’s mostly a Polish-German-Czech beer festival at the moment with Sunday being an actual Czech Beer Day. It would have been nice to have a global beer experience from Fosters to Miller Lite all in one place. 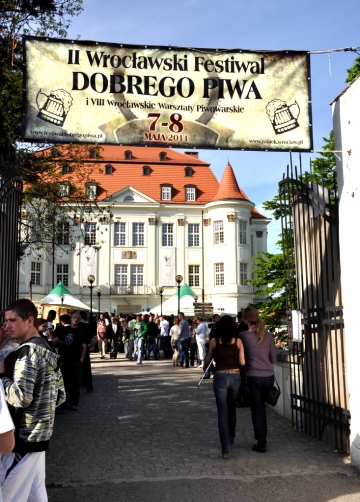 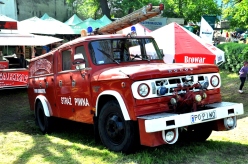 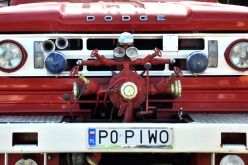 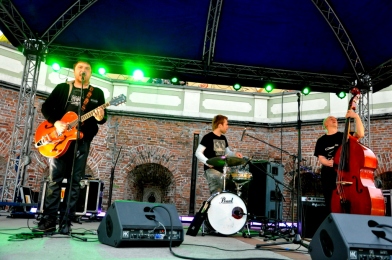 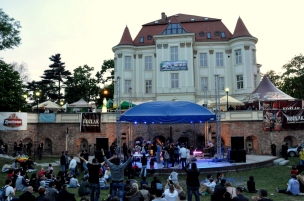