A week ago a group of guys including myself went snow hiking in the Karkonosze mountains, known as the Giant Mountains. It was really a good bye trip for Michal, a.k.a. Cowboy, who will be leaving Poland soon with a hope for a better life in England. On a side note, it does seem that while I came back to Poland everyone around me wants to get the hell out.

We took off from Wrocław on Friday at noon on bus to Karpacz, the mountain resort town at the foot of the Giant Mountains. It felt good no to have to drive but at the same time the 2 hour trip took almost 4 hours to get to our destination. From the bus stop it was a straight hike towards the national park entry gate where we had to purchase our national park passes.

These entry passes are a joke. First of all, your pass is only good till midnight that calendar day, so if you wanted to do an overnight hike and get in and out within 24 hours you have to buy a two day pass. We were entering the park at 5pm… so our first day pass would only be good for 7 hours! Stupid! With our packs packed for at least 4 days we convinced the lady at the window to only sell us a one day pass. Why? Because no one ever checks them anyway! I’ve never heard of anyone getting stopped by a mountain ranger to get their pass checked. So while the lady at the bottom won’t let you in, you really just need a single day pass, ALWAYS! And by the way… that little shack selling passes is only open at some weird hours so chances are that it will be closed anyway by the time you walk by it, and then there’s no way at all to buy a pass so you’re forced to go on without one. I understand the need to support the park and the infrastructure around it, but as I type this the system is a fucken joke. The pass price is only 5 zlotys (~$1.80) a day, but had we paid for all three days… that’s three beers! End of rant.

Our first night’s stop was at the Strzecha Akademicka, a hostel type building located about half way up the mountain. Food there was good but don’t expect much in terms of lodging… it’s a time travel trip back to your boyscout days with 5 bunk beds and 10 people per room and common showers somewhere in the building. But it sure beat sleeping in a tent out in the snow. The cost of stay is 33 zlotys (~$11) per person per night.

The weather on Saturday morning was just beautiful. The majestic view of snow capped mountains and the sun hitting it just right made for an amazing photo opportunity. Of course all I saw was an old Russian UAZ jeep so here’s a photo of that 🙂 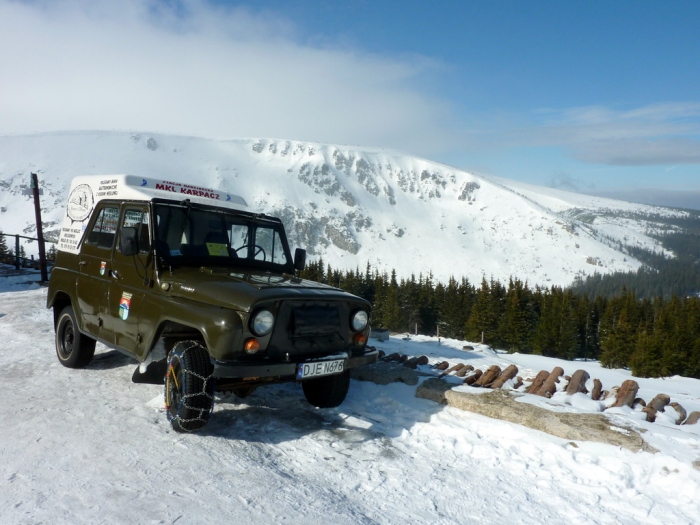 Wind was blowing fairly strong as we took off to continue our journey to the mountain top. It wasn’t a long hike but it was steep and the wind did not let go. The thick snow layer was mostly frozen so it made for a good walking surface but we still occasionally fell knee deep into air pockets beneath making each step pretty interesting. 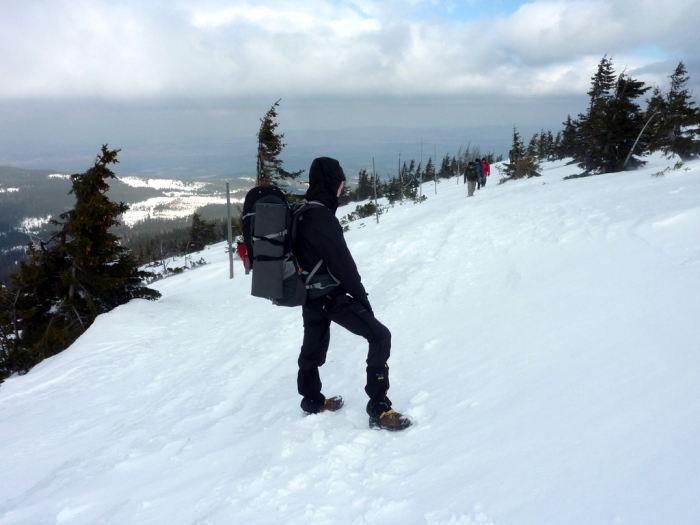 Our destination for the day was another hostel called Dom Śląski, or the Silesian House. The overall quality of hostel was much better then the night before and cheaper, too, with only 30 zlotys (~$9.50) per person per night. We had a big room all to ourselves and we soon found out why. The weather changed so fast we didn’t even notice when it went from a sunny sky to a snow blizzard. We ended up being almost alone at the hostel that evening since no one was really stupid enough to hike up that evening. 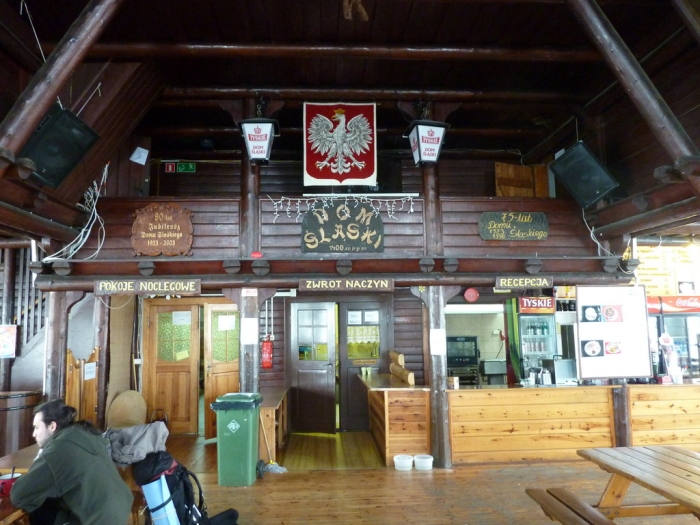 The next morning weather wasn’t much of an improvement, in fact it probably got even worse. We stayed in as long as possible, but to make it back down and back to Wrocław we eventually had to just pack up and head out. Walking down with only a few yards of visibility wasn’t easy and we actually ended up walking a couple of miles down the wrong trail into Czech Republic before we noticed our mistake and backtracked to Poland again. 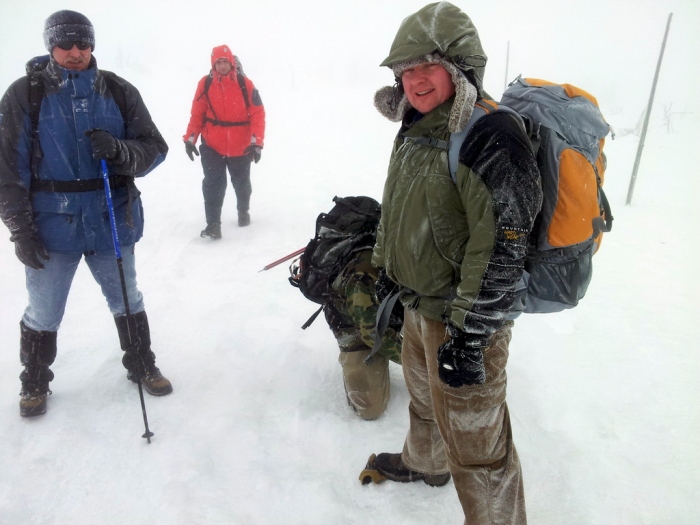 To be on the safe side and not to get lost, we decided to walk down along a non-operational ski lift that during the season fairies people up the mountain sans any hiking experience or gear. It was a challenge getting down while not following any particular trail but simply booking it down in a straight line. The lift doesn’t necessarily care what’s underneath nor does it care how steep the incline is. We on the other hand kept sliding on our asses on the frozen mountain slope sometimes getting quite a distance before being able to stop and pick ourselves up again. Finally making it down to the bottom it felt as if we had walked into a different dimension entirely. The weather was nice, people were skiing around us, beer was flowing, kids were laughing… nothing like the whiteout we experienced on top.

It was a good trip and I wanted to thank Michal for making it happen. Good luck to you on your future endeavors.