How much trouble would you go through to stay connected to the interwebs? Would you climb a funky latter to the 11th floor roof of an apartment building to set up a wireless antenna? 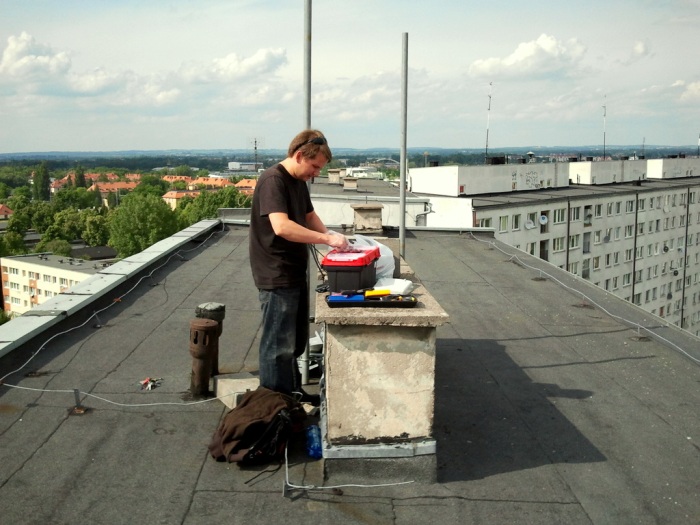 Case and point, my buddy Cichy (pronounced ‘cheehy’, a.k.a. The Silent One, known as such because of his last name). You might have seen me helping Cichy move a few posts ago with a posed shot next to a moving van. Not only did his new apartment lack an internet connection, it also lacked any internet provider willing to hook him up. The only option was getting a 3G modem and signing up with a mobile web provider which is expensive, slow, and really not at all great as your default internet connection.

Luckily Cichy happens to work for an internet provider himself and knows exactly where in the immediate area there’s internet just waiting to be picked. Exactly 550meters/yards away, with a clear shot from his roof, is the 11 story building where Cichy installed a 5.8ghz antenna sending 10mbs of internet his way. We didn’t exactly climb all 11 floors, we rode the elevator the first 10… and then walked the remaining one 😉 That’s where things get fishy, because that’s where we open the window and walk outside, climb a funky latter one more floor to an even higher roof, where ‘we’ installed the radio. I use the word ‘we’ loosely here, cause I just carried the tools and took photos while Cichy did all the installer stuff, but hey, I climbed out the damn window, too! 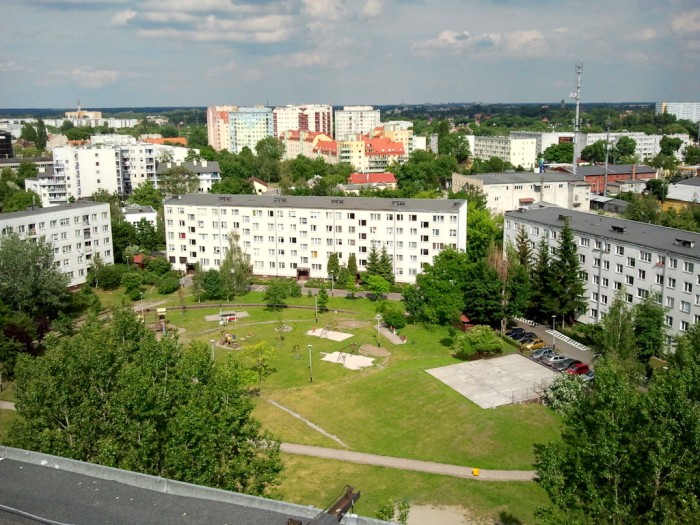 The installation wasn’t too tricky after all, there used to be radios on this roof a while back so all the wiring was already in place, we installed the radio and basically wrote a big “FUCK OFF” on it to anyone trying to steal it. Theft of such devices is actually a big problem as getting to the said roof is not at all that hard and people expect pricey equipment inside the pretty white enclosure and not just a single PCBoard antenna. After the install it was just a matter of plugging a few things to a server in the same building, and a short setup later a couple of LED’s meant that everything was good to go.

I’ve never been so high out in the open, so apart from a single peer pressure incident back in high school, this is the highest I’ve ever been! 🙂 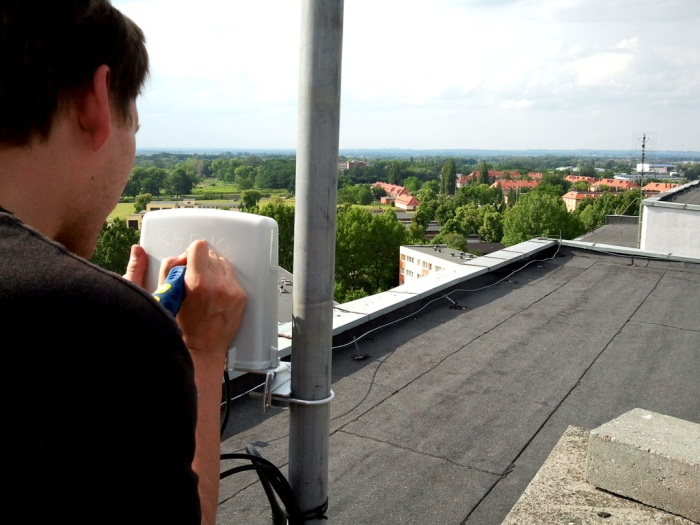 And by the way, Cichy also had to climb a much steeper roof back at his place to set up a receiver antenna, but now enjoys faster radio internet than I’ve got over solid cable. Gotta love technology.

One thought on “The Internet”