If you happened to fly in or out of Wrocław’s international airport, you might have noticed a rather large wooden crate casually placed outside the main terminal door. The crate has a big Rhino Transport sign written on it in Polish to avoid any confusion as to what the big box is for.

Upon inspection of the crate we noticed a small peeping hole on the side and sure enough there was a rhino sitting inside the box, albeit a small one. 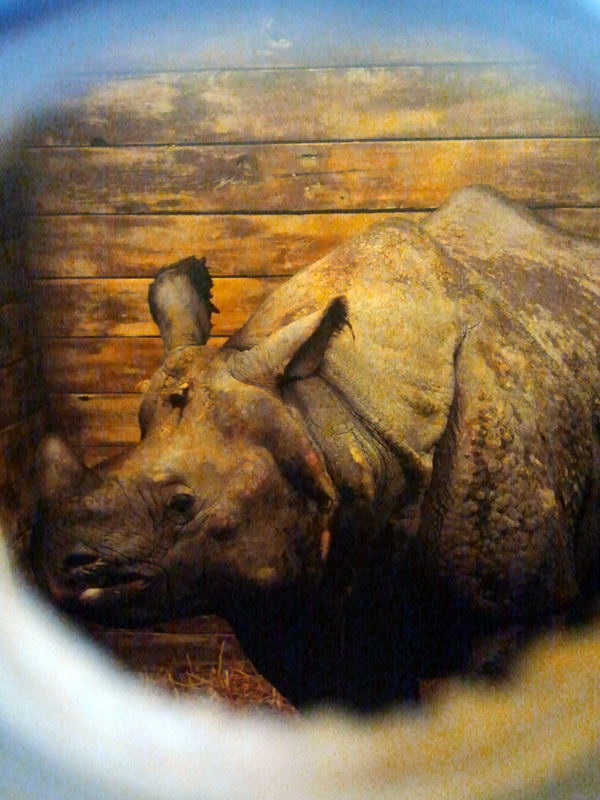 So why is there a rhino sitting outside Wrocław’s airport? Well, as it turns out the whole thing is a clever marketing scheme made to promote Wrocław’s ZOO. There was in fact a rhino transport that took place in the recent weeks to our city’s ZOO but it did of course take place far away from the public view and last I read the rhino is now undergoing quarantine before an official public introduction.

Giving credit to the ZOO’s marketing department, the crate and the mockup rhino inside it are so real a local newspaper reported people calling the police and animal control wondering why the rhino inside does not have any water while it’s blistering hot outside. You know it’s gotta look real when people are calling the cops to bring relief to the poor beast inside. Of course a little common sense wouldn’t hurt, I mean do you really think there would be a real rhino locked in a crate outside an airport terminal with thousands of people a day casually walking by? C’mon!

One thought on “Wrocław’s Rhino Transport”