Located just a half hour ride from Wrocław is an old granite mine near the town of Sobótka. I remember going there when I was a kid as my cousin Piotrek, a very skilled swimmer, cliff dived into the now water filled mine. Last Sunday our buddy Cichy asked us to come by and hang out with his cave gang who rappel, climb, and jump the unused mine. 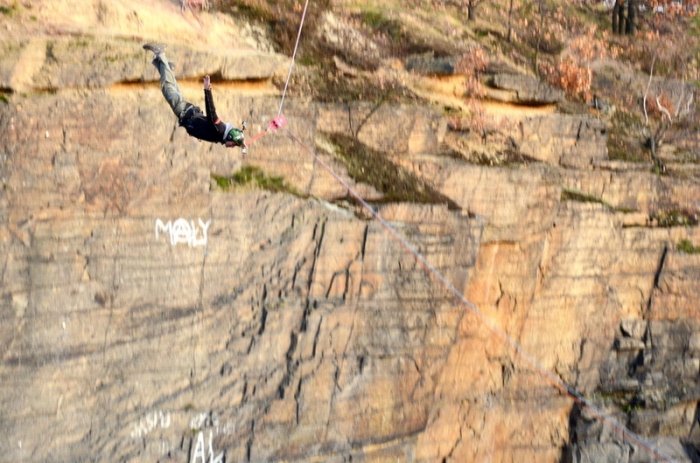 By the time we got there jumping was in full swing, no pun intended. A linkage system was setup up and one by one group members were taking a dive only to stop just a foot or two above the water. It was very cool to see until someone asked me to try it. Not this time. It was the last jump of the year so I’m good for at least a few months! 😉
To straighten out the title of this post; it’s not really bungee jumping as there is no bungee rope, but the linkage system put in place gives off the same bungee feeling. 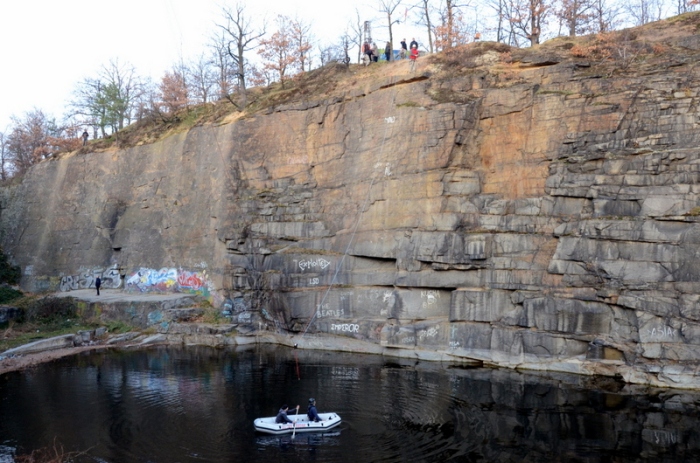 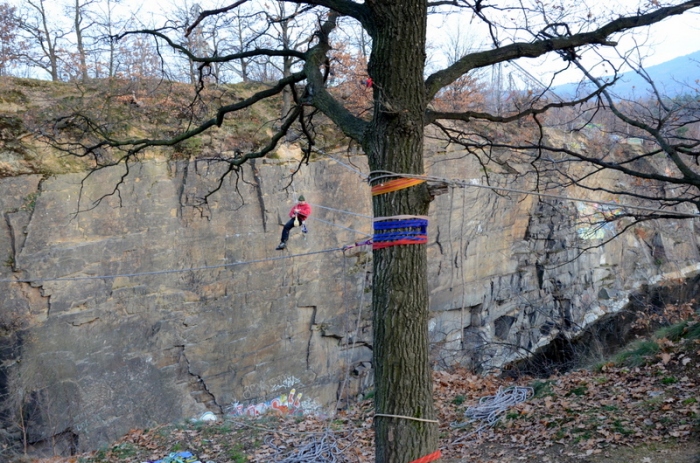 I was very impressed with the professionalism with which the group operated. I’m talking about the line setup and the know how of a safe linkage system. It all looked very very well organized, and a small lecture given by one of the members to a couple of outside guys also tying rope, only convinced me further that these guys know what they’re doing here.

Cichy and his girlfriend Julita recently rescued a Bull Terrier named Pola and it was the first time we saw them together. Pola’s pretty sweet and helping a rescue mission is always a nice gesture, there are plenty of family companions looking for a home out there.