KTM Freeride E is a 7.5kW electric motocross bike designed for quiet cross fun. This year, smack in the middle of Zolder Circuit, Clean Week 2020 organisers put together a first ever electric motocross event dubbed E-MX. Some took an issue with the “first ever” monicker, stating that it simply wasn’t a first at all. There have been previous e-cross events, but none strictly cross related. Previous events were all more enduro based, with a long track and prolonged ride times, such as the ZERO 24 hours of Electricross. E-MX was strictly cross in every sense of the word. Quick laps, big jumps, warmup-qualifier-final heats, it was all very cross like. 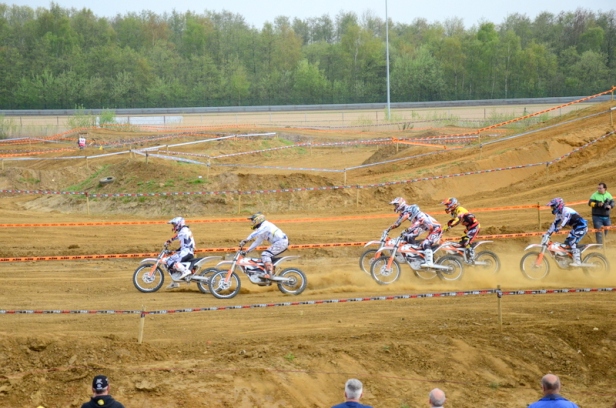 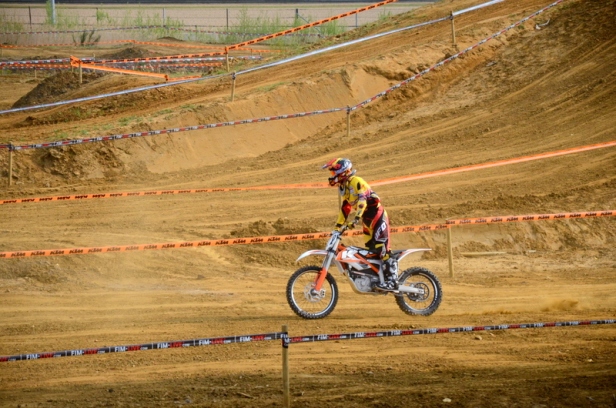 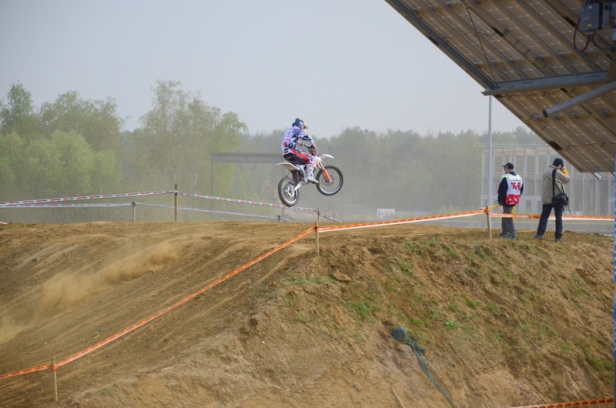 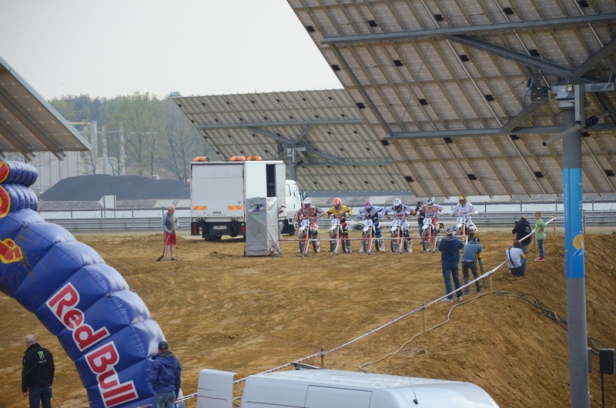 Except for the sound. That was nowhere near the noise level one is used to at a cross event. I’ve been to a few cross races, the familiar “waaaaaamp” was nowhere to be heard, and to me that took the soul right out of this motocross race. Instead, all you heard was the unwinding of an electric motor and a funny clunk every time a motorcycle landed, like something was just not right. That was of course the rear shock and the noise of the heavy bike simply landing, but since everything’s dead silent, you heard that instead.

Actually, it all sounded like an electric off-road remote control car race. I’ve done a few years of that and it all sounded too familiar. Close your eyes and instead of a person on a bike you can imagine a Team Associated RC10T2 truck or a Schumacher Cat2000 which is what I used to race.

The track seemed to be we well prepared and a lot of fun for the riders, but there wasn’t much space for spectators and we were all forced to stand on a large dune with limited track viewing angle. This could be improved. 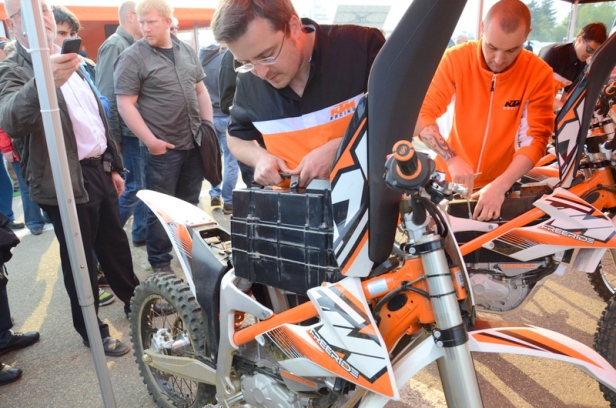 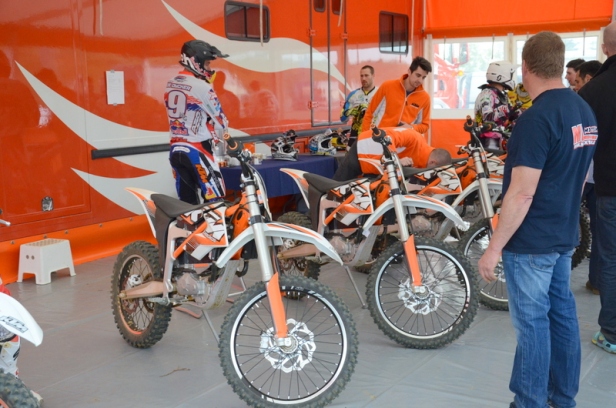 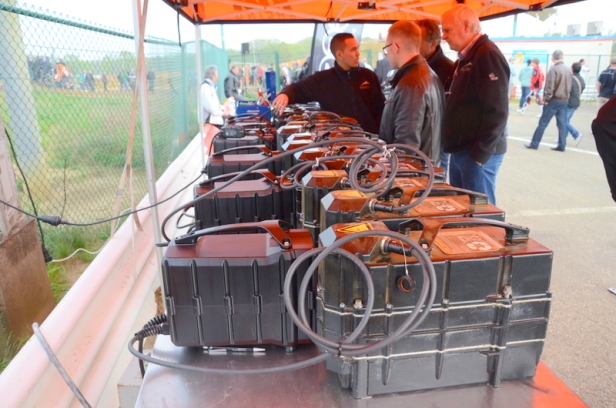 Between heats, everyone followed riders back to their pits where battery exchange took place. Now that’s the future; bang-bang, battery swap done, and back to the race you go. Except for the physical weight of the battery, the swap seemed pretty painless.

The entire thing seemed pretty KTM driven. There were a few Swiss made Quantya bikes on site, but they just stood there for show with no actual representation. Unlike KTM which everyone rode, and who showed up with a big orange KTM truck… 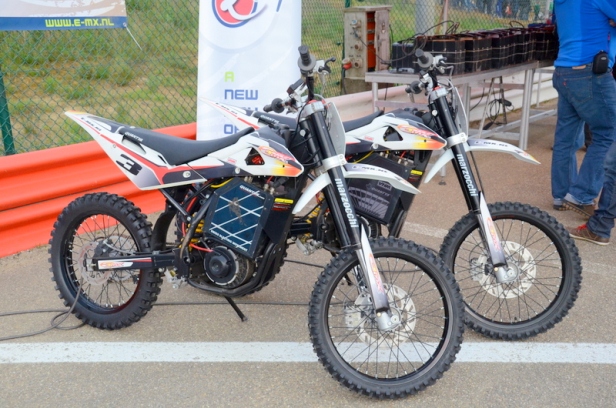 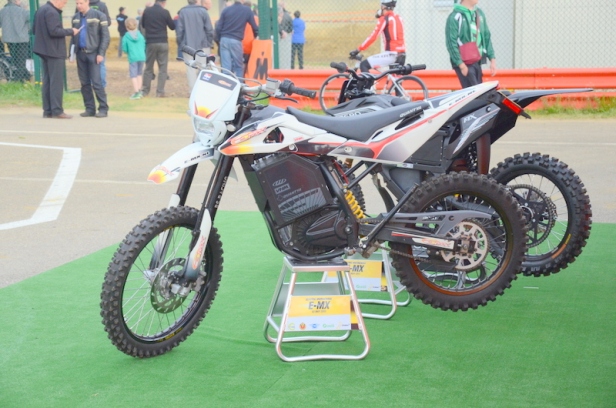 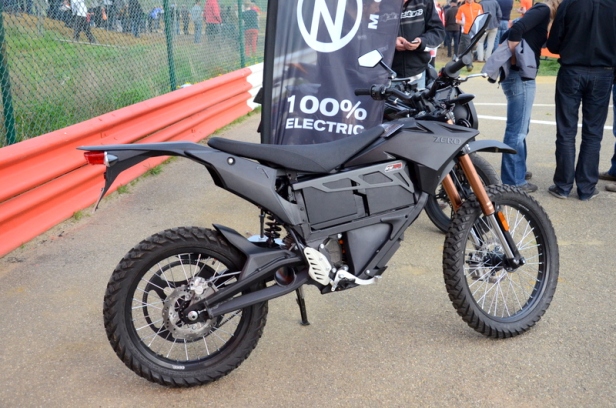 Final thought: while this has to be the future, it lacks the fun factor of a regular gas-powered cross event. I can’t quite put my finger on it, but something about it was just a little boring-ish to me. I guess I just want my “waaaaaamp”!