The Danube river is Europe’s second longest river after the Volga. It originates in Schwarzwald (the Black Forest) area of Germany and passes through or touches the borders of 10 countries before flowing into the Black Sea in a spectacular delta on the Romanian east coast. 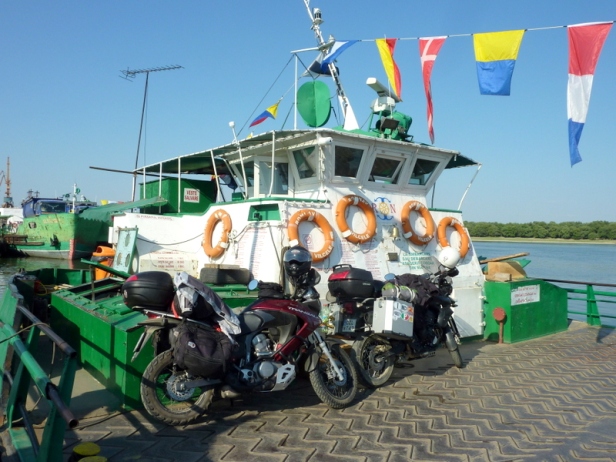 With the heat getting more and more intense the closer we got to the coast, it was the first time the road simply ended as the massive Danube river ran through it. No bridges, just ferries, something a local resident blamed on the Ceausescu regime. We didn’t mind, first ferry ride for the Transalp. It was slowly getting dark by the time we were ready to find a place for the night when a speeding Dacia suddenly stopped in front of us and asked if we were looking for a place to sleep. To me it seriously looked like we were about to lose our stuff, but the campsite turned out to be legit and after brief price haggling we set up camp.

The owner of the campsite told us that night about a possibility of a boat ride through the canals of the Danube delta all the way to the Black Sea, so with that in mind we sat down to the price negotiating table early in the morning. “One hundred Euro per person, and that’s cheap” he said to which we kind of laughed as there was no way we’d pay this. We said “half, fifty Euro” and began packing up, a tactic that worked wonders as soon enough we were on our way to the dock to see our boat. The owner gave in, on the condition that we’d stay one more night at his campsite which we already wanted to do.

Here’s our Romanian Dacia ride, and the boat we sat for 8 hours on that day…my ass still hurts from that day. 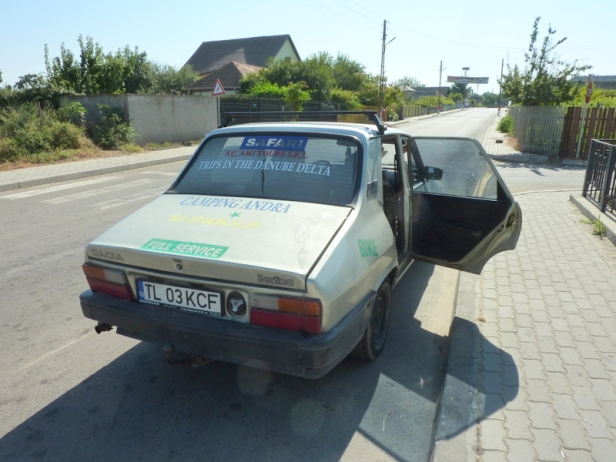 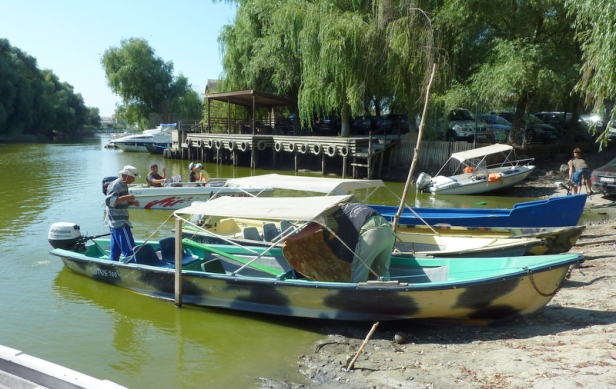 The Danube delta has over 330 species of birds living in the area, and nearly all of Europe’s freshwater fish species can be found here, too. Our boat driver showed us scores of cormorants and pelicans before asking “do you want to go to the beach?” 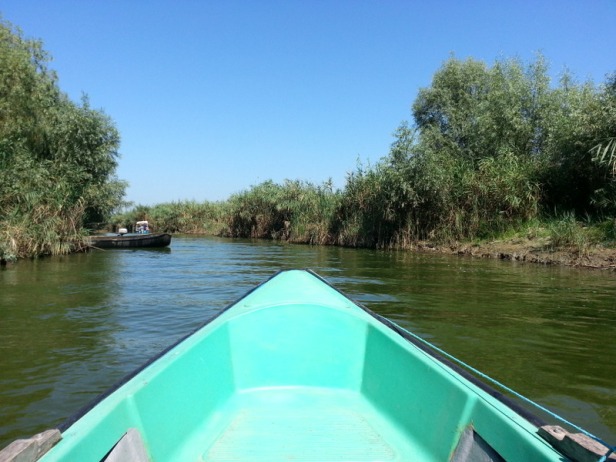 Turns out the Black Sea isn’t really black after all, same color as any other sea I’ve seen, except that the water was actually warm and just slightly salty due to the all the fresh water being mixed with it nearby. Overall we spent a total of 8 hours on a boat, round trip, to spend a half hour on this Black Sea beach near Sulina, but we believe it was well worth it. This was also the only day we did not ride our motorcycles and that too was a nice change. 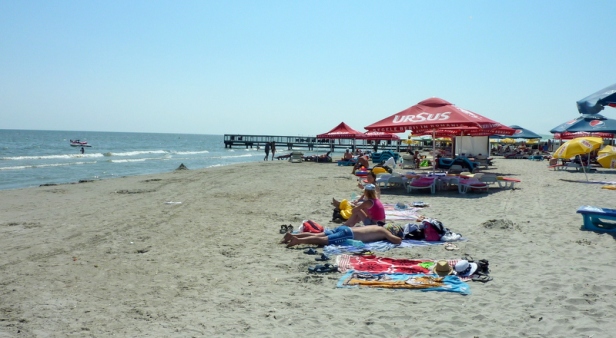