Wrocław hosted a “Taste of Europe” food festival last week. The proper translation would sound more to the tune of “Europe at the fork tip” or something along those lines. But my translation fits better as that’s exactly what it was: a bunch of vendors from different European countries showing off their local cuisine. We spent our long weekend in Prague, and caught the very end of the food festival, with many vendors already packed up and gone, and the rest discounting whatever food they had as not to take it back home.

I took that discounted price opportunity and for the first time tasted butter roasted frog legs. And they were phenomenal!!! I’ve never had frog legs before, but the delicate meat is really really delicious. Ok, there is just a small grossness factor to it, especially when spitting out very small frog bones, but the meat is definitely worth it and I highly recommend it. Ania looked in awe and took photos, but wouldn’t even try it.

Instead she walked over to the German Flammkuchen stand and had something that can only be described as a grilled pita bread with bacon cheese and onion on it. It was good as well. We also had Ukranian dumplings, a Turkish hummus eggplant and falafel plate, and Ania had a Polish made strawberry cider. All in all we had some pretty good food as an end to our already non-diet friendly long weekend. 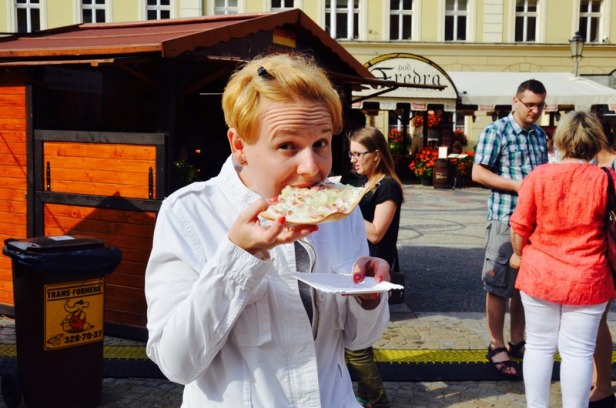 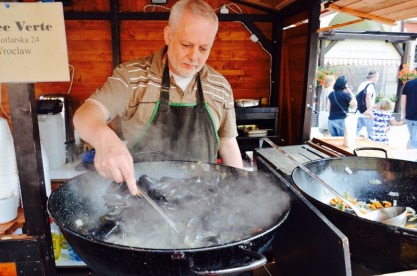 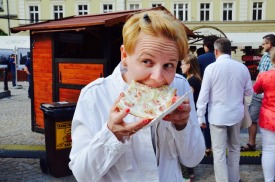 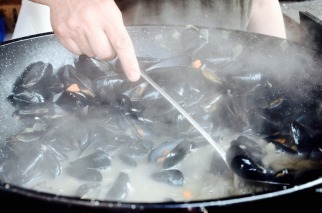