Even though we’re about halfway through January as of this writing, winter has been pretty modest for us in Wroclaw thus far. The temperatures have hardly dipped below freezing, snow is almost none existent, and I even rode my scooter to work a couple of times. In January!

So today, on a tip from Ania’s brother, we drove up to our local mountains to play in the snow. And boy was there lots of snow to play in. 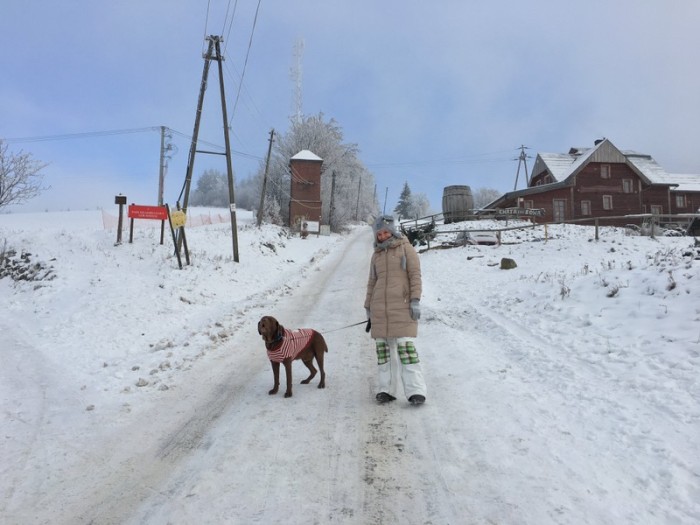 It only took us a couple of hours to hike to the top of the Owl Mountain, but we didn’t know how well Fado’s paws would handle constant snow for any longer periods so two hours was plenty enough. Turns out frisbee is just as great in the snow as it is on the beach. Fado dove deep into snow banks in search of his flying ring, and then ate any snow that flew around as he dug it up. Something not possible with sand on the beach.

And yeah, you might have noticed Fado’s Christmas getup… for the record, that wasn’t my idea 🙂 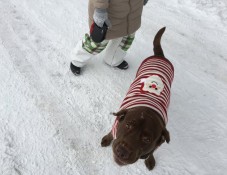 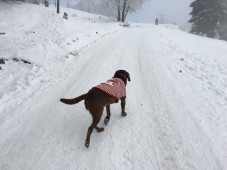 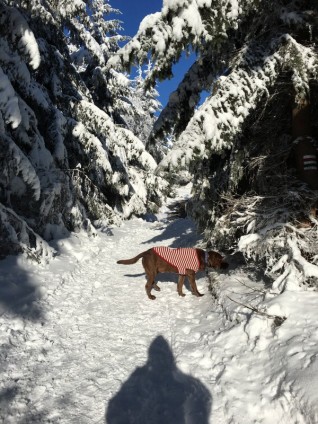 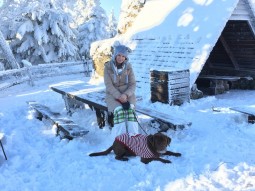 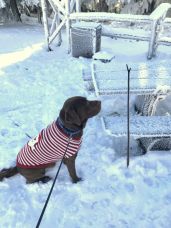