While our Transalp test ride was mainly geared towards the Bieszczady area of south-east Poland, we had scheduled our return path a little differently to cover more of the unknown. Having never been to the cities of Przemyśl, Łancut, or Sandomierz, we decided to do a quick drive by, even if for a minute.

First up was Przemyśl. Located only 14km away from the Ukrainian border, our ride to this city took us through some very pretty landscape. Mainly because there was an accident and the main road was closed. The detour, however, showed us what a slower life could look like. Living in Wrocław we sometimes get lost in the hustle and bustle that comes with any large city really. While riding through small towns and villages located seemingly in the middle of nowhere, we had the feeling that life runs slower here, and is maybe just a bit more enjoyable in a way.
In either case, when we finally arrived in Przemyśl we were back in the thick of things, meaning traffic, noise pollution, and the overall city life. We had a pizza, walked briefly through the rather small city center, and got back on the road towards our final destination for the day.

Łancut is known for its castle, sometimes called the Potocki Palace. Built in 1628 and rebuilt in 1894, it was still under construction in 2018! Kind off. Due to its age, local governments had collected millions of euros to do major maintenance work on the castle and as luck would have it, it started just now. We also arrived late on Saturday afternoon and no longer could buy tour tickets for that day. So we ended up seeing as much as possible from the exterior of the castle and toured the highlight of the castle (in my opinion): the coach-house.

The coach-house is home to nearly 135 horse-drawn carriages once owned by the Potocki family. Carriages raging from mid-day stroll around the city to winter snow or funeral carriages. Just imagine having 135 cars today… Anyway, luckily we got a chance to see it all just before closing time. 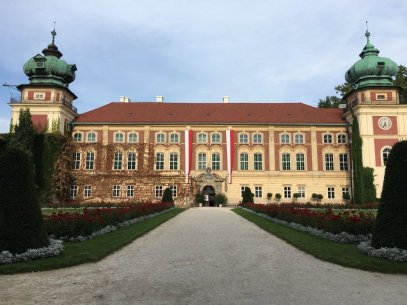 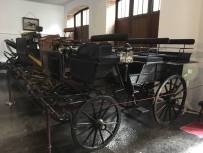 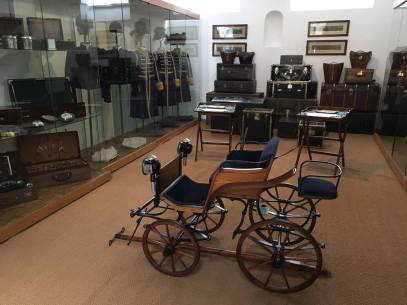 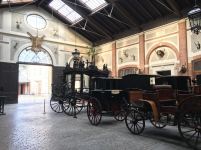 The last stop before heading home was Sandomierz. The city is well known for its old town, but these days, it’s even more known for its main role in a Polish sitcom called Father Mateusz. The sitcom is based around a Catholic priest solving criminal puzzles that the local police can’t seem to fathom. The TV series made the city pretty famous, and most people, including us, stopped by to see the scenery from the show.
On that particular day, the prime minister of Poland was scheduled to speak in the town square, which made for a whole lot of security, police, and other special personnel walking about the city.

We toured the city square, twice, had some local apple cider for which that area is known for, and got out of dodge just before the prime minister arrived. We actually passed his motorcade on our way out, and I’m glad we didn’t get stuck in the mess of a traffic it most likely made in the city itself.

Luckily, the way back home from Sandomierz was uneventful and just a few hours later we were safely home. Just in time to drive a little more with our car and pick up Fado from the inlaws. 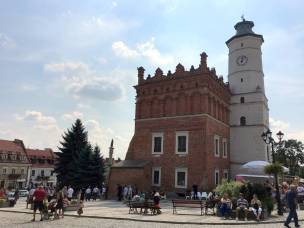 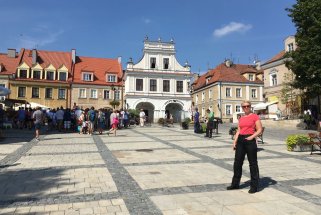 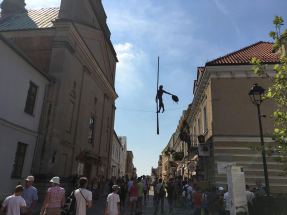