Last weekend was a 3-day weekend in Poland due to a Chruch holiday, Poland has plenty of those, and we spent it at the Nysa Lake 70 miles south-east of Wrocław so close to the Chech Republic my cell phone was already on their roaming plan.

Our trip was organized by a friend of ours Cichy (Cheehy – “The Silent One”) nicknamed so not after his quiet and mellow personality but because of that word’s close relationship to his last name. I sometimes wish I had a cool nickname people could call me; all my life I’ve been Slav, Slavo, Slave… not at all as cool as Cichy, but I digress.

Nysa Lake is a man made reservoir built in 1971 on the river Nysa Kłodzka. Wikipedia calls it the “Nyskie Lake” but I believe conjugating the word Nyskie is wrong when translating it into English and I’m not gonna do it. The dam creating the reservoir is 2km long (1.2miles) and 20 meters tall (65 feet), the lake itself covers an area of 20 square kilometers (12 miles). I took my kayak along for the trip and Karolina and I paddled 15km round trip discovering wildlife and nature all around us. 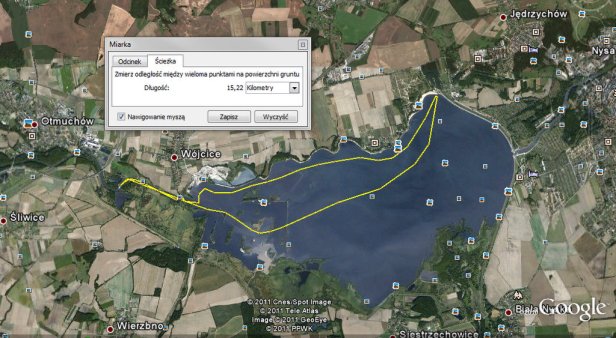 We found the source of the lake, a small river between the Nysa Lake and another reservoir, the Otmuchów Lake, but about half way through the pass the current against us was so strong we were literally paddling in place. We did however paddle through a bunch of small islands within the lake, at time bottoming out which was actually pretty fun considering jetskis around looked at us in envy; I didn’t have to worry about getting sand in my water jet engine!

The weather was perfect and we caught a lot sun while paddling around; Karolina got her usual raccoon eyes sun burn that we all promptly made fun of, but all in good humor of course. I let Cichy and his girlfriend Julita (Youlita) borrow my boat, it was Julita’s first time ever in a kayak and considering she doesn’t know how to swim and was terrified at first she did a great job warming up to the idea of paddling.

We arrived at the campground on Saturday afternoon and it was already pretty packed. Cichy found a nice place near what was supposed to be a volley ball field and we set up camp there, a short distance away from hundreds of tents and campers just like us. But not for long. Shortly after, three cars full of teenagers arrived and ruined our perfectly quiet spot. Here are a few things that really bothered me when comparing a Polish campground to those I have visited in California:

I think I will leave it at that not wanting to give off a totally negative vibe. Don’t get me wrong, the weekend was a lot of fun spent with great people over some good food, interesting conversations, and tasty beer. But next time we’ll do it while camping somewhere more humane, like, in the wild! 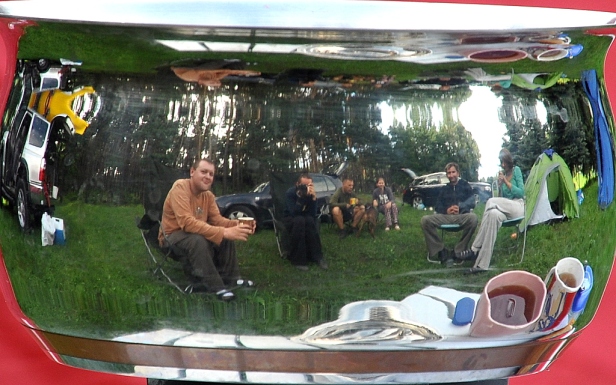