I’ve been keeping really busy lately and haven’t had much time to post for which I must apologize. I have plenty of pictures to share but can’t quite fit in a sit down with the laptop and write about all the great places I’ve visited lately. I’ll try to keep my posts short, and perhaps squeeze more in this way.

On our second day in Rheinland-Pfalz we took a drive along the Rhine river. At 1,233 kilometers (766 miles) Rhine is the longest river in Germany. It is also very heavily used for transporting goods which was very nice to see considering my hometown of Wrocław has the second longest river in Poland and can’t manage to put it to any use what so ever. 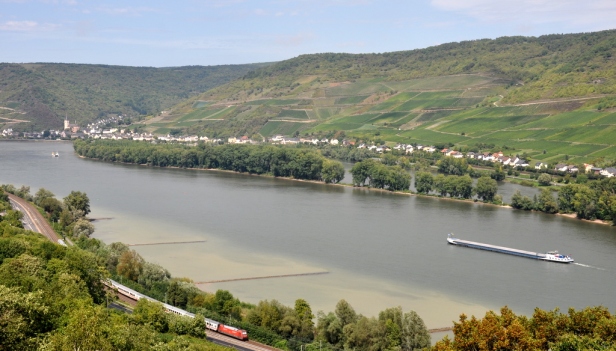 On our trip we stopped by the Burg Sooneck castle. While its build date is unknown the castle was first mentioned in 1271 and though it was really nice and kept in great shape I can’t say that I was too impressed. Why? Well, there’s a castle on every corner of the Rhine river. They’re everywhere! Don’t take my word for it, look at the map. Surely its due to the fact that the Rhine was the main goods route for centuries and everyone wanted a piece of the pie setting up castles taxing everyone along the way. I stopped responding to the “hey look, a castle” after my 10th one…

After a short tour of the castle we visited the town of Bacharach. The city had some truly amazing architecture and I just couldn’t get enough of the colorful houses all around. I was also told of the ‘funny’ looking typical wine glasses that are very typical of that region. I wouldn’t personally get one, but they’re cool in their own way. A short beer break later we drove on down the Rhine but more on that in another post. 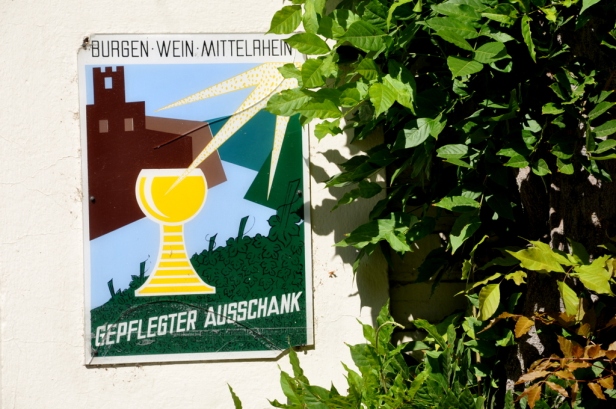 One thought on “German Road Trip Day 2 – Along The Rhine”