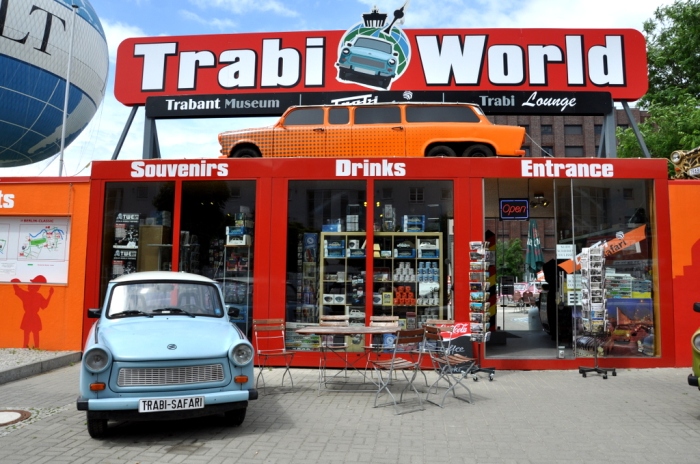 The Trabant 500 was introduced in 1957. The name Trabant means a ‘companion’ or ‘satellite’ in German, and was chosen as a result of an inner contest that took place in the year of the Sputnik in the Soviet controlled East German manufacturer VEB Sachsenring Automobilwerke Zwickau. It was the most common car in East Germany, and was considered fairly advanced when it was first released.

Seen above is a picture perfect moment; a Trabi against the actual wall. The Trabi was a nice sight at first; it’s two stroke blue smoke smelling up the air around us made us feel as if we had moved back in time. But then hoards of tourists renting them brought us back to reality that this too is just a tourist attraction now. Anyone can now enjoy a Trabi safari in Berlin. 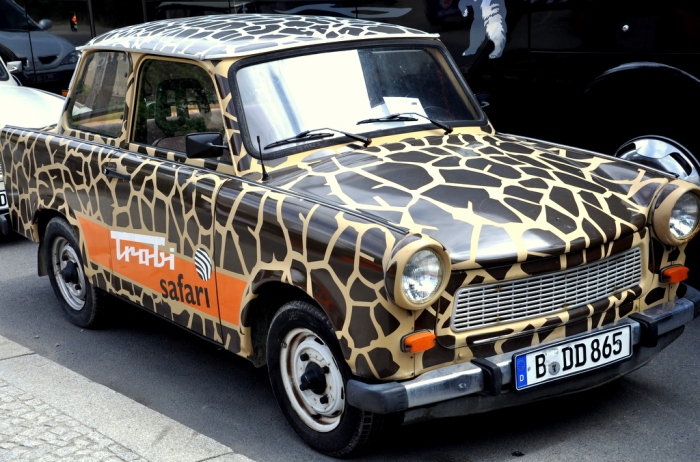 One thought on “Trabi World”