I spent Saturday tearing up Czech slopes with my boss buddy Nick and his girlfriend Mariola. Poland has its fair share of ski resorts yet for some reasons everyone I know always makes the drive to the Czech Republic down south. Those reasons may have to do with the cost and the bang you get for your buck. Polish ski resort mentality seems to be to financially rape you at every turn, and that’s just not the case in Czech Republic. Free parking, reasonably priced lift tickets, great snow conditions and modern lifts all over the mountain. I’m not really asking the world of the Polish side, but take some notes from your southern counterparts and you’ll have more customers as well.

Our snow resort city of choice was Rokytnice, though we really aimed to go somewhere else but failed due to inadequate Czech road signage. Rokytnice however is a well known ski town and we still managed to have a very good time. The weather didn’t exactly spoil us throughout the day; it was rather chilly, windy, and snowed pretty much the entire day. That didn’t seem to matter to hundreds of skiers and snowboarders on site, most all of them Polish. That’s the funny part about skiing in Czech Republic, almost everyone there is Polish. And I don’t mean there’s a great percentage of Polish people skiing there, I really felt at times that I was simply skiing in Poland, that’s how many skiing Poles there were. Haha, get it? Ski Poles? Anyway… 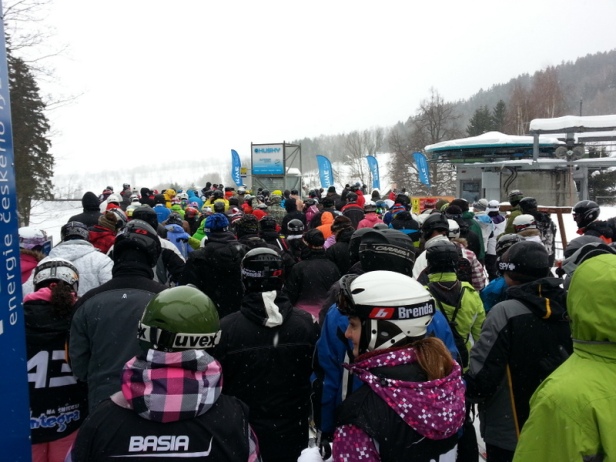 Because of high wind the longest lift was closed which greatly limited lift options for me. There are two types of lifts in Rokytnice; the standard chair lift, and a “hold-on-to-a-pole-while-it-drags-you-up-the-mountain” lift, better known as the Poma lift or a platter pull. That latter kind is extremely easy for skiers, you put the pole in your crotch area and up you go. Not so easy when standing sideways on a board. As soon as the pole grabbed me I fell face first into the snow. Trying not to think of all the people that just saw me eat it I limped back to the lift and tried again. The second time I managed not to embarrass myself, but it was the longest lift ride of my life and I still ate snow at the top while I tried to unhook the pole from between my legs. One must have extreme balance and control over a snowboard to keep it steady while going up, not down, the mountain. I’m just learning that now. That single lift ride up was enough to keep me away from that side of the mountain the rest of the day. 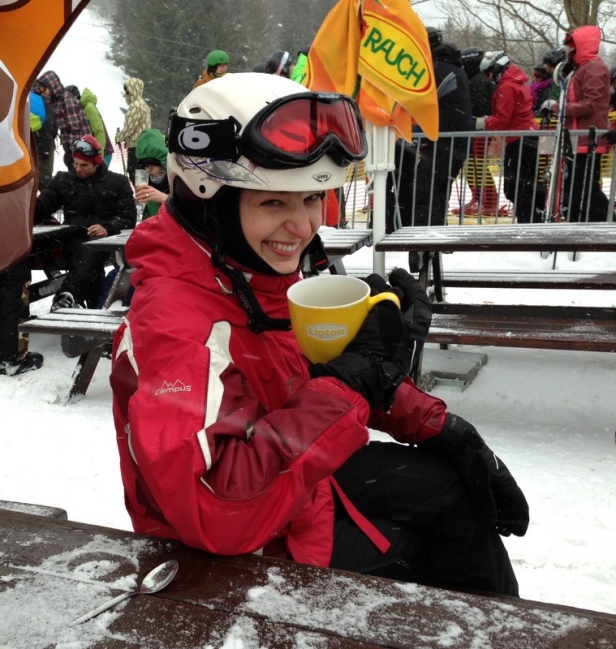 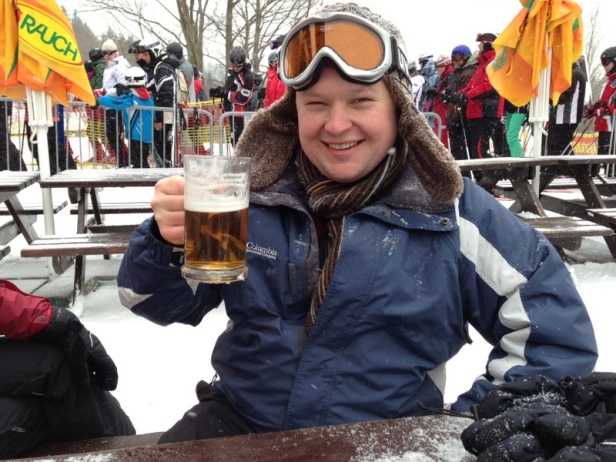 With a couple of beer brakes in between the day went by fast and before we knew it we were packing back home. Of course the day wouldn’t be complete without a couple of wipeouts on the very last run of the day, ones that I feel in my neck still as I type this a day later. I must admit I am very surprised at the percentage of people wearing helmets on the slopes. With only a warm hat and goggles I actually stood out from the helmet wearing crowd. It’s good to see that people are finally taking safety seriously. I believe I need to do the same, and soon!

It was a good trip. My first of this ski season and hopefully not last. Good times.