My vacation plan was fairly simple: not to have a plan at all. The idea was to pack up my Transalp and set out for a couple of weeks traveling wherever I wanted to, staying wherever the bike took me that day. It started out as a solo trip, but with only a couple of days to spare I was contacted by a Triumph Tiger 800XC owner through a Transalp club internet forum and they brought a couple of friends on a BMW GS800 along as well. So three bikes strong we set off to conquer Romania. 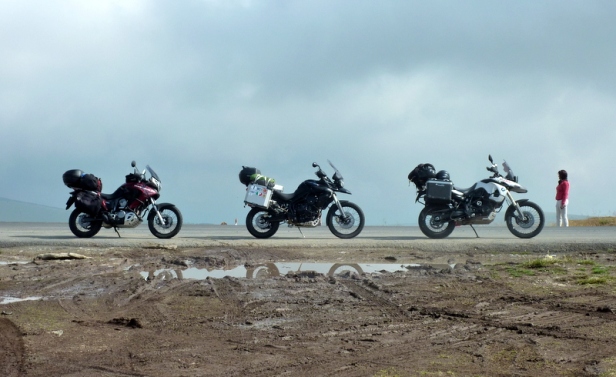 The first day was going to be long, we knew that as we wanted to cover as much ground between Wrocław and Romania as possible. We made it just past the Hungarian city of Tokaj and traveled 732km  (454miles) that day. We celebrated with a 2 liter bottle of Hungarian wine, per person of course, cause it was only 2 Euros per bottle! Next morning we drove through the Romanian border near Oradea and kept on going towards Sebes where we would begin our Transaplina adventure. There were a few points we wanted to check off as tourists along the way, but we ended up being late to the salt mine and rode around beautiful Romanian countryside instead.

Before writing about camping I should state that to me this trip was a lot of “firsts”. First time I visited Romania, first time I rode this far in a single day, first time I rode 150km/h on a motorcycle, first time I rode my Transalp off-road, and first time I camped out simply on the side of the road. Sure, that last one seems odd, funny even, but I’m an American-raised-by-the-book-California-kid, camping means permits and campsites to me 😉 In Romania however, you could set up a tent in a middle of an intersection and people would just drive around you. With that in mind, our Triumph leader found a good mountain spot and we followed him off-road to the site. I can’t say that I slept well that night, something about camping in gypsy country made me feel like I would wake up to nothing more than a pair of socks I was wearing. But all was well in the morning except for a curious cow that really took interest in our camp. 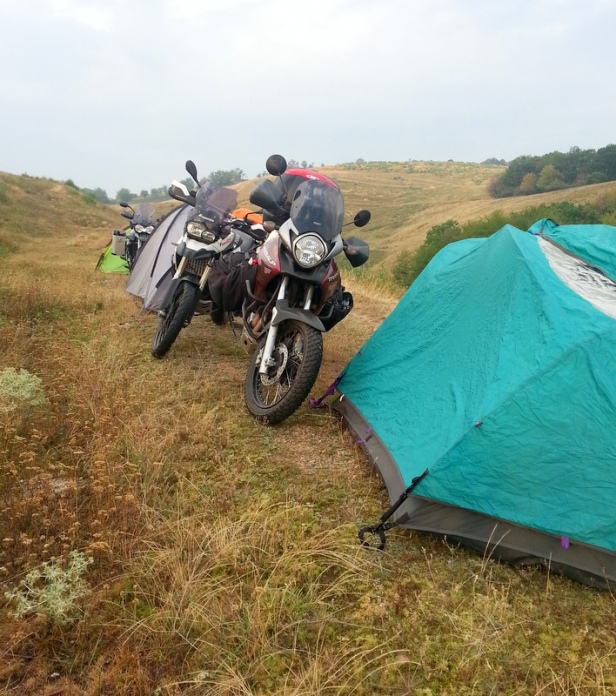 Then it was on to ride through Transalpina, Romania’s highest mountain road at 2,145m (7,037feet) above sea level. Built by King Carol II and rebuilt by the Germans during WWII, it was a dirt road until 2010 when it was paved over to ease transport between cities on either side of the mountain. It still made for beautiful pass and given I ride a Honda Transalp it’s basically a must to ride the Transalpina. Once we rode the highest road, we took the second highest Romanian road back, the Transfăgărășan. This one was built by Nicolae Ceaușescu, the Romanian Communist party leader until 1989, with the purpose of quick military access through the mountains. But some say Ceaușescu did it just as a show of power to compete with the Transalpina. In either case, the Transfagarasan road is just as spectacular with hundreds of tight turns providing loads of thrills on a motorcycle. 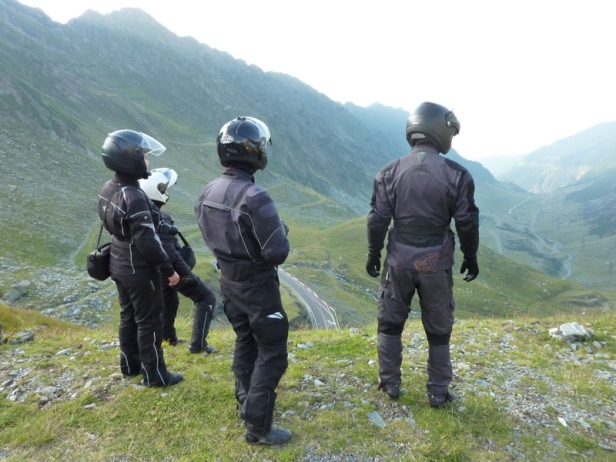 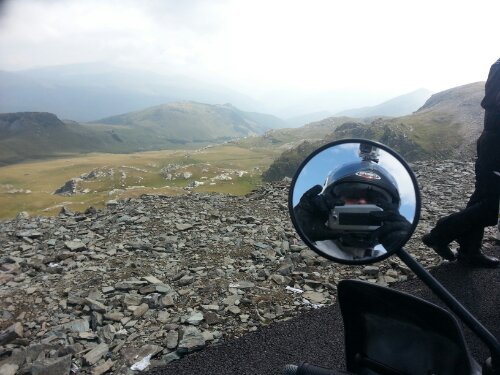 The photos provided are mine from my handy point and shoot Panasonic Lumix camera. I decided that taking a DSLR on a motorcycle is not a good idea and I somewhat sacrificed the quality of photos for the ease of taking the ones I shot. I kept my camera in the tankbag and had quick and easy access to it at all times. My friends had to constantly take their DSLR’s out of the cargo box in the back, but they did have the added benefit of a woman passenger taking photos with it while riding. Maybe next time. This said, I’m sure I will have a lot more photos to share when we all get together again to swap SD cards full of memories.