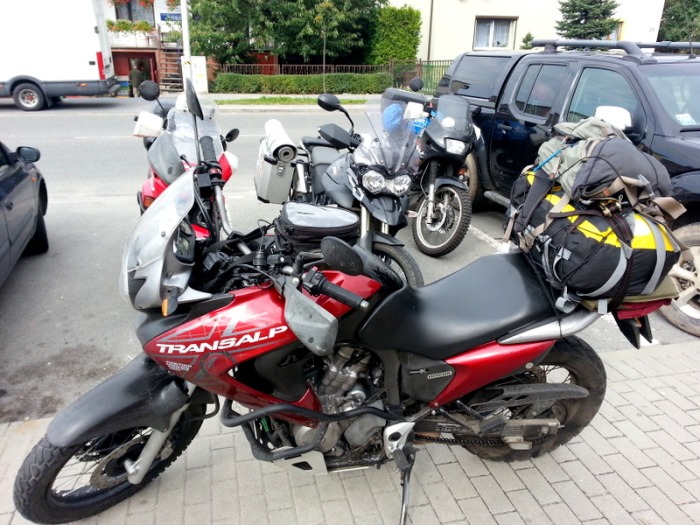 As I sit down to yet another Transalp related post on this blog I am beginning to wonder if this site has somehow transformed itself from random travel/photography blog to a motorcycle blog. Fact is that the reason for this blog from the beginning was to post on all things going on in my life, good or bad, and recently everything that’s been going on is motorcycle related. I will promptly post non-moto related photos… as soon as I have such images to publish 🙂

So without further ado, here’s my quick writeup of the fall Transalp Club Poland meetup in Olza.

We took off from Wrocław in a group of 4 motorcycles, ‘we’ being my Romanian Triumph friends plus an additional couple Cebula and Skalpel I had met earlier this year in Zwierzyniec. Interesting fact about Cebula is that she rides her very own Transalp 600, which is nothing short of awesome. I mean to have a girl that wants to ride with you is one thing, to have one that rides on her own… awesome! hahaha

Anyway, we took the roads less traveled and it took us some 4 hours to get to the rally point well into the night. I was able to secure floor space in a small guest house with my group, originally I had signed up to sleep in a tent. That evening wasn’t spent similar to most motorcycle meet evenings: with free flowing alcohol, good food, and great company. Same went for the following night as well, so much so that we actually didn’t do much riding that weekend, something that I will have to change next time around. 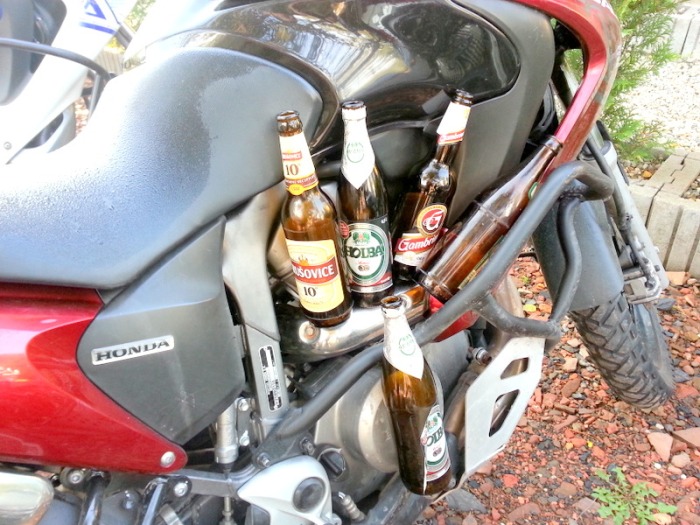 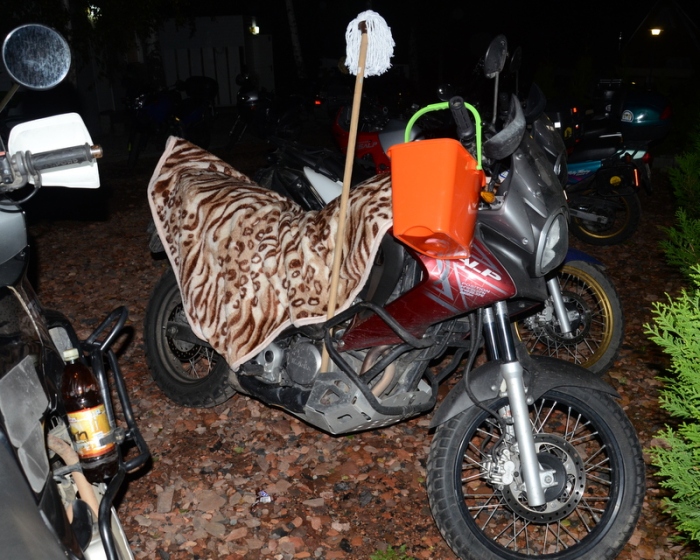 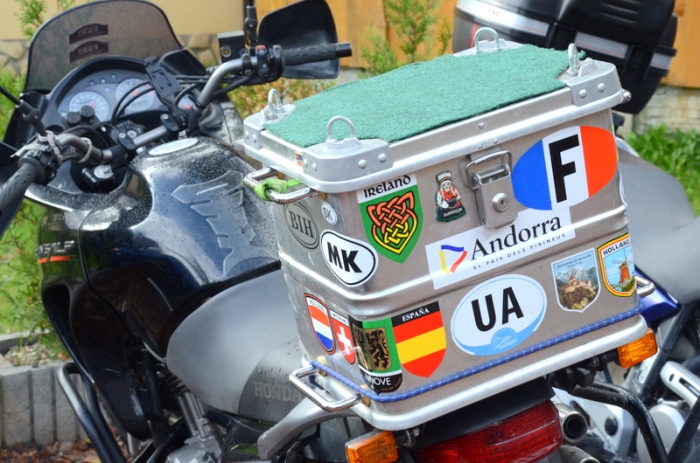 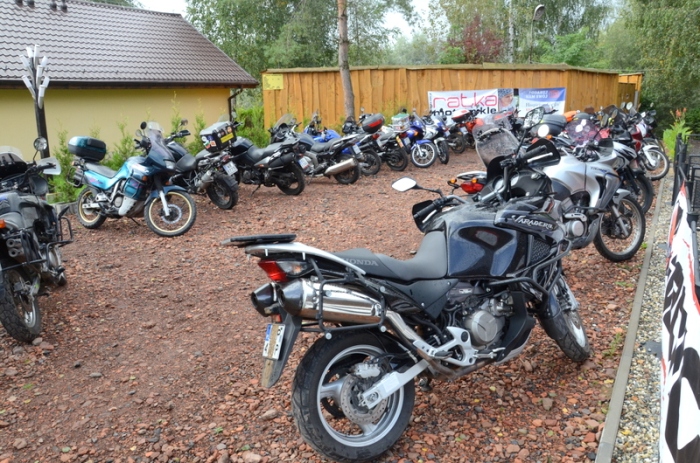 I was pleasantly surprised to see a very good showing of my XL700V model Transalp. Usually it’s the older 650’s and 600’s that show up, it seems the new 700 is slowly coming around. I intentionally parked mine next to another one to do some comparison and as it turns out the leak I was told was normal…really isn’t and that spot was totally dry on the other Trampie. I started comparing so many parts even my friends were making fun of me and just offering to swap the parts for me just to let it go. 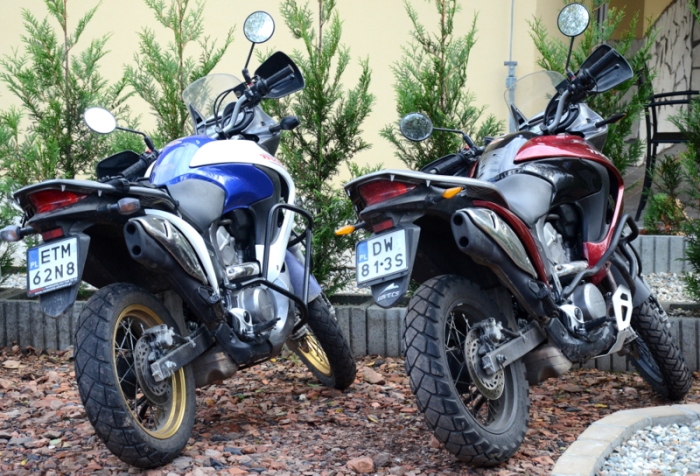 Cool thing was to see a 21″ wheel swap from a 650 to a 700 which is originally made with a 19″ front wheel. The 21″ adds more offroad capability, and the owner said it was a really easy modification. Might consider this if I am to do more offroad with my bike.

The only ride we did that weekend was a short trip to the Czech Republic where we had a delicious dinner and bought some Czech beer on the way back. All within a 50km radius.

Even with limited riding (Bosy!!!) it was still a great trip and really these things are meant to bring people together, talk over trips from that year, plan new ones for the next season, and overall have a great time with a great bunch of people. This was all accomplished, and it was done with these folks below. 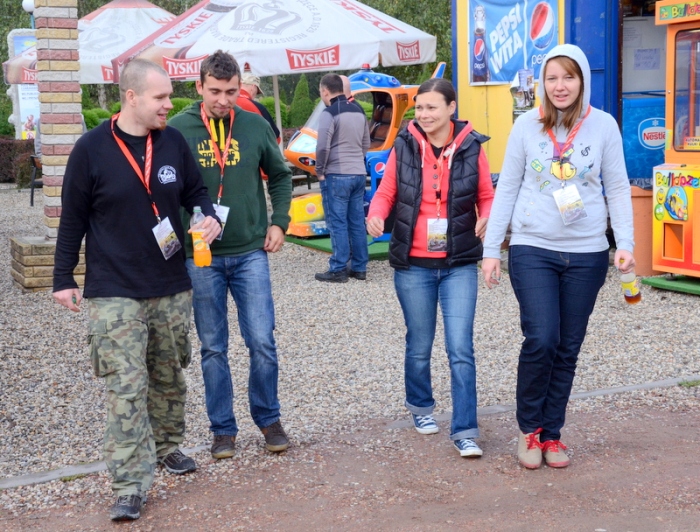 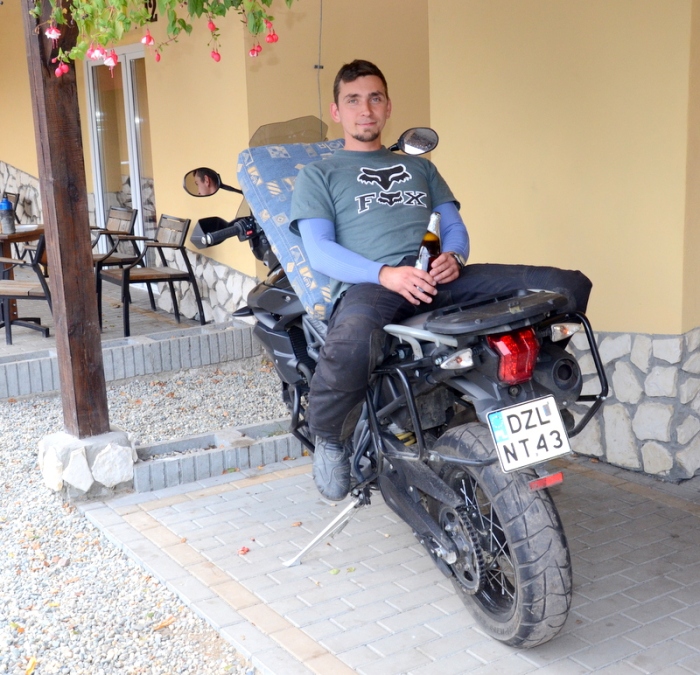