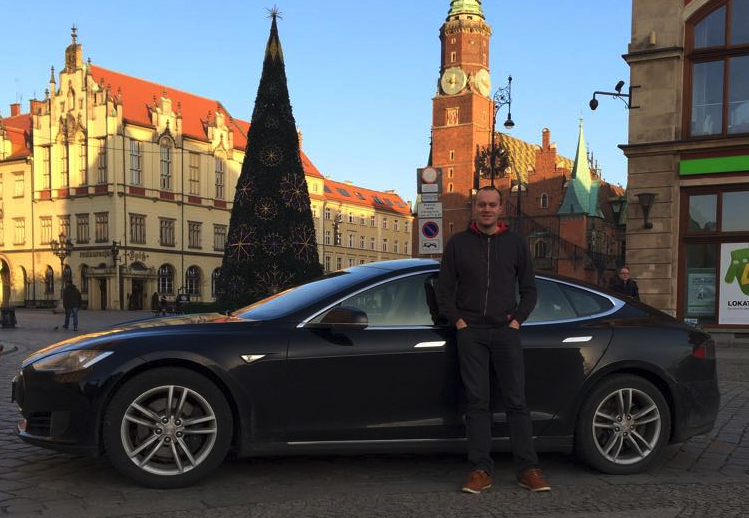 Tesla’s are not a common sight in Poland and I haven’t seen one personally anywhere in Wrocław. There are only 12 registered Teslas Model S in all of Poland at the time of this writing, a country of roughly 38million people. But chances of encountering the 13th Tesla have been greatly improved as its owner Dawid Guzenda (seen above) started a personal site on Facebook called “Moja Tesla”, pronounced “Moya Tesla” meaning “My Tesla” in Polish, detailing the everyday ownership of his beloved Model S.

There are plenty of blogs detailing Tesla usage, but it’s this one here that strikes it home for me as Dawid seems to be 100% straight forward about his car, not trying to blur any lines to his Tesla’s advantage.

For instance he has written on at least two occasions that his car seems to be electrocuting from the body of the car during a charge, something I’ve never read before about that car.
He’s also given a pretty detailed account on charging his car in Poland.
Wrocław, for instance, has plenty of Galactico charge stations even I had written about, but Dawid has found out the hard way that plugging into the 22kW mennekes sockets didn’t work in most of them. That’s a problem I personally hadn’t encountered when charging my 3kW GOVECS scooter plugged in the regular Schuko socket.

The problem with Galactico stations seemed to be pretty elementary. It showed that the 22kW socket was “busy” while in reality there was nothing plugged into it. It’s either a software bug, or a the station doesn’t work properly and Galactico is not following through on maintenance. There are two Galactico stations standing side by side at the local IKEA parking garage. One showed the 22kW socket as busy, even though it wasn’t, and the other showed the 22kW socket as out of order. In either case the Dawid’s Model S was left charging via a regular 220V which barely makes a dent in its 85kW battery.

Judging by some comments on his site I can tell there are plenty of haters out there ready to criticise every post. Tesla Model S costs about as much as a one-bedroom apartment in Wrocław, so the car itself is our of reach for most. The fact that someone pays that much for a pure electric car and then dares to complain about the lack of charging infrastructure gets a lot of people pretty hot and bothered.

But Dawid does a fine job even if to simply show the differences between Poland and western Europe, in actual charge points and the electric mind set. He recently completed a long distance trip from Bodo Norway to Poland and documented his Supercharger fill ups but mostly showing the ease of use when it comes to owning an all electric car. Tesla is due to open their first Superchargers in Poland in 2015.
Dawid’s also shown Polish obscurities when charging his car. Most of the time parking spaces right in front of the chargers are taken up by petrol cars, the chargers themselves seem to be mostly placed in out of the way spots making it pretty difficult to charge a car, and, as mentioned above, when finally getting trough all that the station itself doesn’t work properly.

Poland has a long way to go with its charging infrastructure. MojaTesla is just a first page to show this problem mainstream, and the first that does it in a way that actually attracts readers. Moja Tesla has been recently written about by a Polish business site Bankier.pl

All in Polish though, no English speaking here 😦 But Poland is the target audiance. 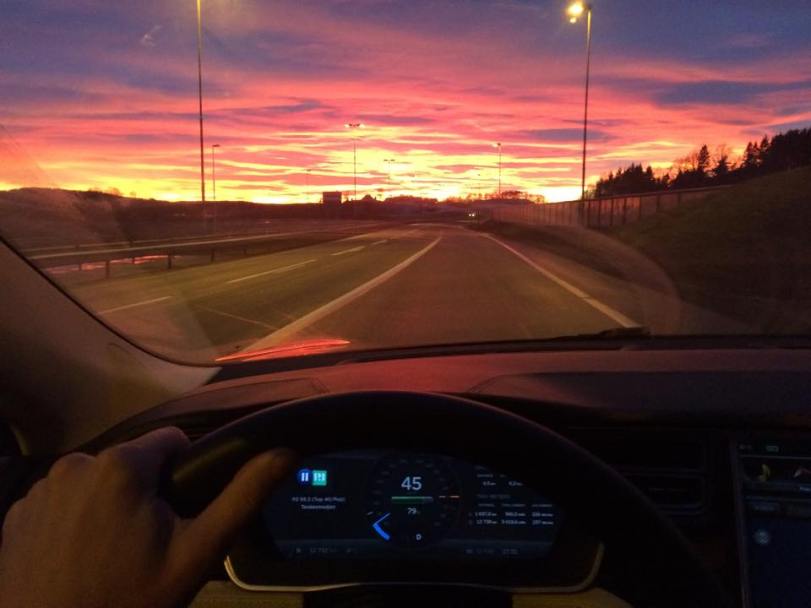