I’ve written about Galactico charging stations having some issues in my Tesla post, but today I had a chance to find out first hand the pain of not having anywhere to plug in with a dead battery.

I went out for a Sunday ride around the city and got my battery down to two bars, which meant I wasn’t making it home for sure without a plugin. I remembered there was a Galactico charge station not too far so I decided to charge up there. After about 15 minutes of riding all around a shopping mall parking lot I found it, but that was the end of good news. Both 230v sockets showed ready to use but neither of them actually worked. All I got was a “system awaiting a vehicle” message, even though my scooter was already plugged in. 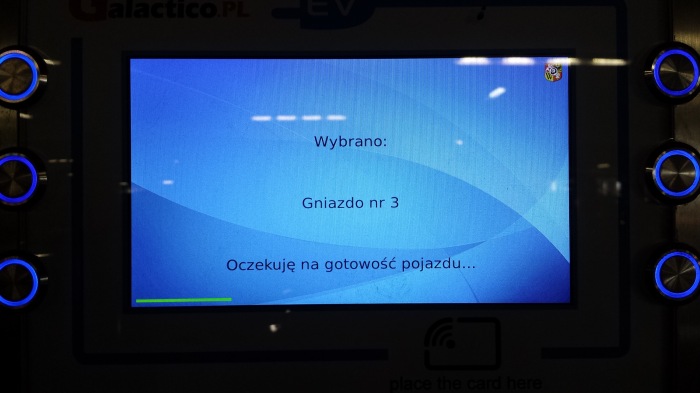 I continued on and started searching around for random wall sockets to no avail. I did however ask a security guard if he knew where I could plug in and…he let me charge up from his office!!!

That’s why the door is open on the photo below. Pretty cool of him considering it was only about 6°C outside. He wouldn’t take any money (~$2) so I got him a chocolate to go with his coffee. I figured that I only needed to charge for about 30 minutes to get home, and that was indeed enough. In the mean time I walked around a local swapmeet, but mostly just killing time. I’m glad there are still people around like that guy, going out of their way to help those with electric scooters 🙂

Now I need to put together a complaint letter to Galactico asking them to please get their shit together and fix their charging stations.