Today Ania and I attended a TEDx Wrocław event called Break The Silence. It was my third TEDx Wroclaw event, and it was the best TEDx Wroclaw to date! I’ve been a little critical of the past events, but this year the TEDx Wroclaw crew raised the bar way high with all aspects of the event.

Break The Silence, appropriately enough, took place at Wrocław’s Capitol Musical Theatre. No room for silence at a place built for music! The theatre director, Mr. Konrad Imiela, was on hand during the introduction and mentioned a few words about the need for the theatre to be a place to link all sorts of performing arts, a TEDx event being a perfect fit. Capitol’s musicians, actresses, actors, and singers did a splendid job introducing each and everyone of the speakers, all were done with a different creative take on the speaker’s name and the subject matter they were about to present. The intro vocals and music, amplified by the natural surrounding that was the musical theatre itself, brought a smile of “awesome” to our faces every time.

The event was divided into four sections of three speakers each. We were able to attend the first half of the event, and listened to six talks in all. While at the time of this writing I am yet to watch the remaining six via the breakthesilence.pl video feed, the talks I did see were all top notch and extremely interesting to both myself and Ania. Maybe because two of the talks dealt directly with medical professions, which Ania loves, or maybe it’s because one talk was actually a creative arts performance that utilised technology in a way neither of us had seen before. Either way, our take aways from this conference were extremely positive.

I noticed a gradual shift in the attendees as well. I had mentioned in my review of the previous TEDx Wroclaw conferences that the attendees were mostly local university students, and that exchanging professional experience with them was simply impossible due to the fact that they simply had none. But as I introduced myself to a stranger sitting next to me, Rafał, a Nokia engineer, I felt as though lack of work experience in this conference’ audience wasn’t a problem anymore. It could also be due to the fact that this was event wasn’t free, as were the previous editions. Ticket price of 53pln a pop wasn’t high, but I suppose it filtered out the audience a little.

I did find myself standing mostly alone as Michał, the conference organizer, asked everyone to stand up and then to sit down again as he counted off the numbers of TEDx Wroclaw events we had attended. After ONE, most everyone sat down, after TWO, more took a seat, at THREE, there were maybe 5 to 8 people standing, myself included, but I had to sit down after that. I think there were 2 or 3 people at FOUR, and didn’t see anyone standing at FIVE, which prompted a cool comment from Michał “well, I’m still standing”.

Here are quick one/two liners I took from each of the talks we attended: 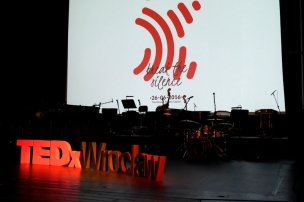 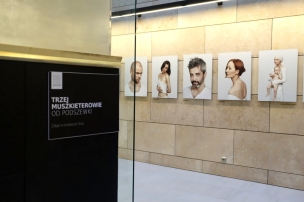 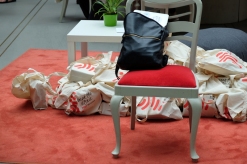 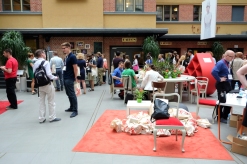 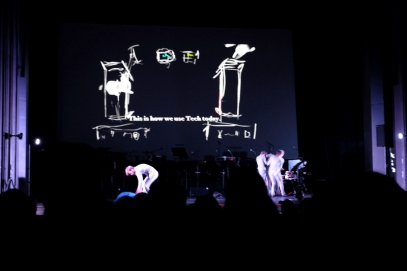