This Magical Week was a relaxing one. Due to a couple of national holidays here in Poland we both got the whole week off to recharge. Reading, studying, Netlfix, and some financial stuff in between was just what the doc had ordered. No exciting travel, which sucks, but weather wasn’t exactly encouraging. There’s still the weekend!

Last Sunday marked the first speedway race back in Wroclaw since about a year and a half. Wrocław is big on speedway with our local Sparta Wroclaw race team, the track however was in some dire need of remodel and thus the city of Wroclaw had to wait for the beloved Sparta while the venue was being redone. The effects are pretty nice. Comfy stadium seating has been installed, things looked fairly clean, but I don’t think it mattered much to the sold out crowd that cheered on as Sparta beat their opponent on their home turf. We had a small GOVECS crew at the race, my buddy Krzysiek even brought his small kid along to cheer. He did a great job!
Love the smell of ethanol fuel in the morning, er, in the evening. 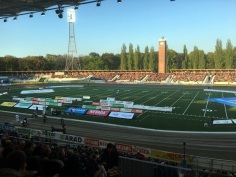 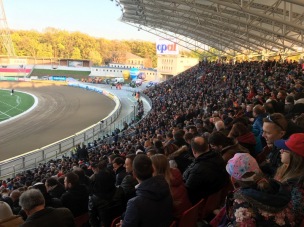 Ever wonder how companies that are synonymous today with our smartphone app’s came to be? I mean we all know at least a little the story of Facebook, but what about others? What about companies from self made millionaires that were once on a peanut butter and jelly diet due to lack of cash? Well, if you do wonder how they got it done, then How I Built This is just for you! I’ve listened to the host Guy Raz on the TED Radio Hour so I knew what to expect from him as a moderator, and just as expected he does a splendid job asking the questions you’d like to ask yourself. The kicker for me here is time. Most episodes are done in 30 minutes or less. That’s one dog walk per episode! 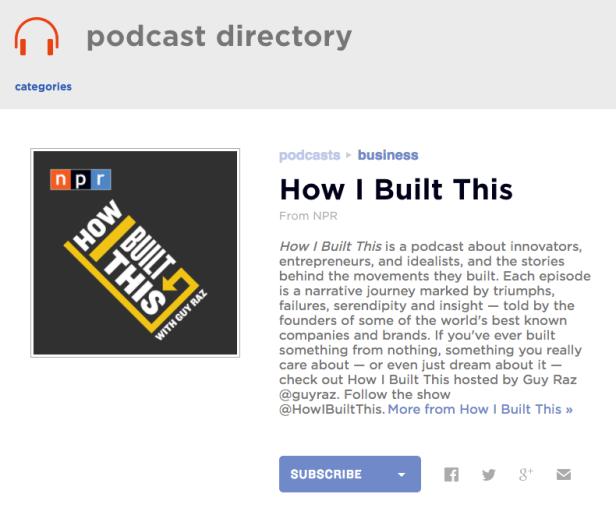 3. 13 Hours: The Secret Soldiers of Benghazi

Can I state that it’s a really good movie without getting all political about the reason the movie was made in the first place? The movie does touch on the lack of support from the U.S. side even though the base was clearly under siege, and people died because someone made the wrong call, or worse, didn’t make the call at all. But from the pure Hollywood stand, it’s a good movie. It is a Micheal Bay film, and after endless Transformers I’ve come to doubt his features, but this one makes up for at least a couple of them bad ones. Great effects, the story holds up, Jim from The Office kicks ass, too… I highly recommend it.

I don’t know how he does it, but he did it. During a 3 hour layover in Amsterdam, Casey managed to take a train to Amsterdam’s city center just for the fun of it. Having done a fair amount of traveling myself I can’t imagine even thinking of leaving the safe haven that is my next flights departure gate. This guy left the airport altogether for the thrill of it. Amazing

This first week of May gave Ania and myself quite a lot of free time away from work. With the weather in the crapper, we did our fair amount of Netflix’ing and came across the 1st season of Girlboss. The series is about a young and rebellious woman in San Francisco that can’t stand working for somebody else, mostly due to her attitude, and starts her own company. It’s very loosely based on true events and Sophia, the main character, does actually exist in real life. While the series is quite a lot of fun, it’s not at all what I had witnessed in the startup scene myself and publications such as INC.com seem to agree that the movie aspect of the show made it too Hollywood. Anyway, from our perspective, it was good entertainment.

INC.com’s article on how the series got it wrong: LINK