I didn’t really get much time to do any touristy stuff while in Cape Town this past weekend. I suppose it would have made total sense to extend my stay at least a day or two to check out local sights, but the trip itself was sort of a last minute thing and I didn’t give it that much thought at all. I’ll try to plan better next time.

The time I did have to walk around was a few hours on Sunday evening and another few on Monday morning. I buddied up with a British chap named Carl from my PMI review panel, and on Sunday evening our hotel car service dropped us off at Sea Point, right at the beach. We made it just in time for sunset, too. Would have been totally romantic if only Carl didn’t splash so much cologne… Anyway, as it was getting darker by the minute and we were wandering the streets of a city with mixed safety reviews, we ended up having sushi for dinner and got a ride back to the hotel. By the way, our sushi destination, Manga, had the weirdest toilet stall decor ever. Very good sushi though. 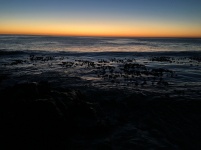 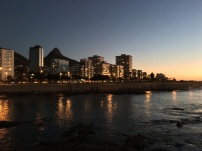 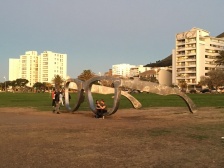 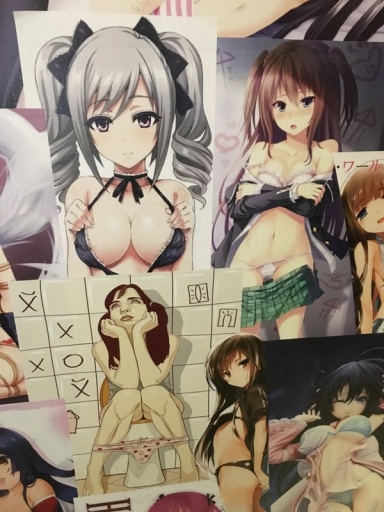 I flew out on Monday afternoon, but in the morning Carl and I got a ride to Table Mountain, a touristic staple of Cape Town. It costs around $10 bucks for a round trip on a cable car to the top of the mountain, and it’s only about a two or three-minute journey up the 1,086 meters (3,562feet). Once at the top, we did a loop walking around a very flat mountain top taking photos of the city below. The view was truly spectacular.

And that was it as far as Cape Town sightseeing went. While moving through the city it was hard not to notice the paradox of Cape Town. Rich and poor mixed together, but a little hard to notice anything in between. That was only my observation of course. It was just a little weird seeing so many brand new luxury cars in a place where everyone keeps reminding me how dangerous it is to walk around. Having been brought up in a city where diversity is the norm, I didn’t feel too worried walking around the one time we wandered the city. But I could tell that my buddy Carl was really scared, and definitely gave off that “we’re gonna get robbed” vibe. The bad news was that sure, it could have happened, the good news, however… I only had to out run Carl! 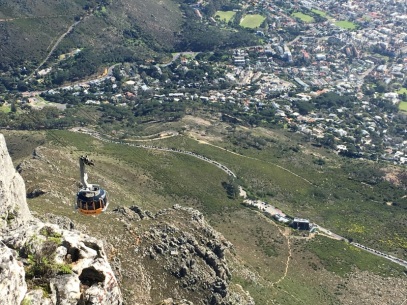 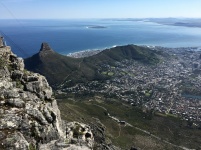 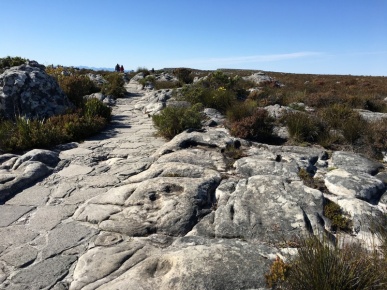 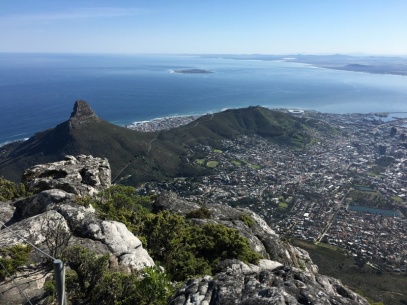 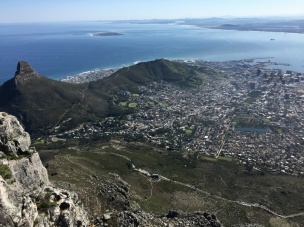 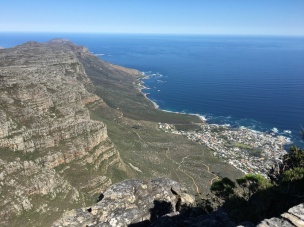