There are quite a few things that took place between our trip to Dresden in August and today, but since today’s story also deals with Dresden, I’ll just write about it now.
Today, however, the temperature was hovering around freezing, it snowed at one point,  and most important difference of all, we left Fado at home. Fado is not a freezing temp kind of a dog, a delicate type for sure. He doesn’t mind an hour walk in the snow, but six hours in minus two centigrade could lead to some serious sniffles if you know what I mean.

Here’s a quick history note from the fair’s website:

Dresden’s first Striezelmarkt lasted only one day. In the year 1434, elector Frederic II gave permission for a free market to be held on Altmarkt square. For the time being, this was a meat market, where townspeople could select the roast for their festive Christmas dinner after the pre-Christmas fast. Having proven successful, the market was continued and extended to include other goods as well. Through the half millennium that followed, the Striezelmarkt developed into one of Germany’s most popular Christmas markets.

Why is it called the Striezelmarkt and not just Christmas Market?

The name “Striezelmarkt” is derived from the delicious cake which is now world-renowned as “Dresdner Christstollen”. In Middle High German, “Strutzel” or “Striezel” denoted a yeast-dough pastry of oblong and sometimes braided form. This was probably meant to be suggestive of the Christ child wrapped in swaddling clothes as described in the Christian nativity story.

Ohh, and one more thing. Throughout the fair, there are quite a lot of references to a plum figurine known as a Pflaumentoffel. Yeah, I know, the word alone is a mouthful, not to mention venturing a guess at what it stands for. So again, from the official website:

The Dresden Pflaumentoffel (a miniature man made of prunes) is modelled on child chimney sweeps who, in the early nineteenth century, had to climb into chimneys with their brushes to clean them from inside. Driven by great want, many poor families used to make Pflaumentoffel, and the children had to go and sell them, rain or shine. The use of child sellers met with criticism from 1850 onwards and was finally prohibited in 1910. The little man still enjoys great popularity – after all, everyone loves a lucky charm.

So what are our thoughts on this Christmas market? Well, it’s pretty freakin’ awesome. Wrocław has a big Christmas market for sure, but Dresden just does it better. After all, they’ve had 583 years to perfect it. Most booths have amazing decorations with crazy attention to detail. There are quite a lot of booths with handmade wooden toys, which is nice, priced accordingly though, which is less nice. A lot of local food, a lot of warm wine, and the wine itself has a different taste to it, too, from the one served in Wrocław. Ania said that it’s a little sweeter, but it’s not the sweetness that caught my attention but the fact that it didn’t leave that alcoholic residue in my throat afterward. You know what I mean, right?

It is also worth noting that Dresden is full of little other Christmas markets. During our 2km walk from the car to the official Striezelmarkt, we stopped by at least four other places that also could very easily pass for a Christmas market. They all had warm wine, sold local food, had a Christmas vibe, and felt like a Christmas market should. I’m only adding this in as an afterthought, but there’s plenty of places to walk around and enjoy in Dresden this Christmas season.

Overall the Dresdner Striezelmarkt just felt a little ‘homier’ to me than our own Wrocław market. Maybe it was the homemade looking toys or the decor of the booths themselves, but it didn’t feel like ‘business’ as the Wroclaw market does. Though the currency exchange rate is definitely not doing us Polish folk any favors. Warm wine prices in Dresden were on par with those in Wrocław, but the ceramic mug deposit is actually less in Germany:  €2 in Dresden vs. almost €4 in Wroclaw. The mugs themselves were a collection of previous years’ mugs. Have a look for yourself as all of the dates are stamped on the bottom of each mug:

On our way back we stopped by the city of Bautzen (remember? the best apfelstrudel ever?). They had their own Christmas market but that felt almost exactly like the one we have here in Wrocław. Meaning less-homie and more seller/business oriented. But the strudel was still to die for!

By the way, this was our third trip to Dresden, and it was the third time we had used a local landmark in the form of a communist-era vehicle to find our location within the city. This Wartburg has been parked in the same spot for at least the past six months. To us, it means our car parking is near 🙂 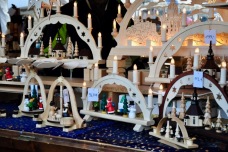 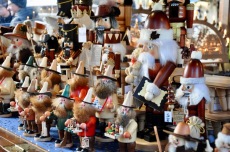 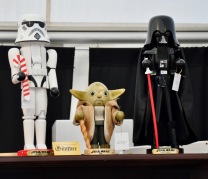 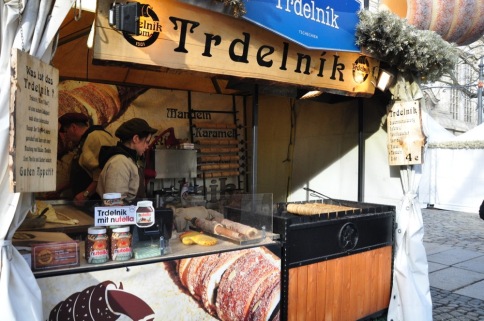 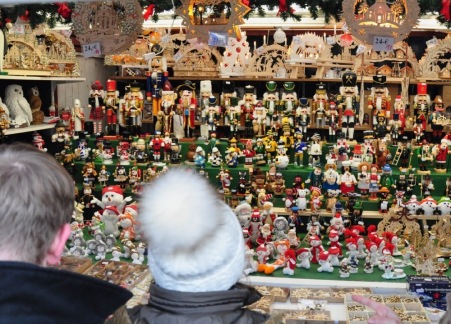 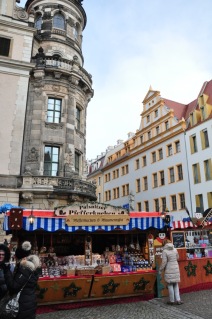 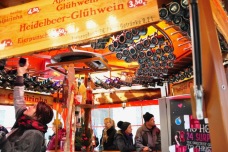 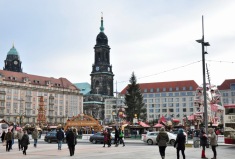 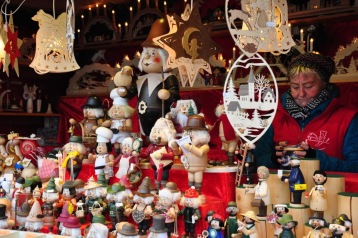 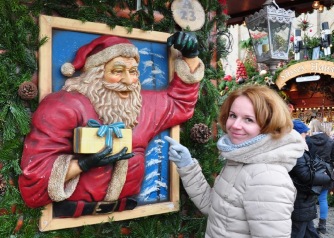 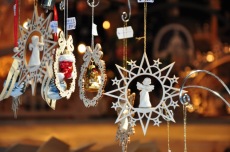 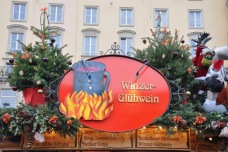 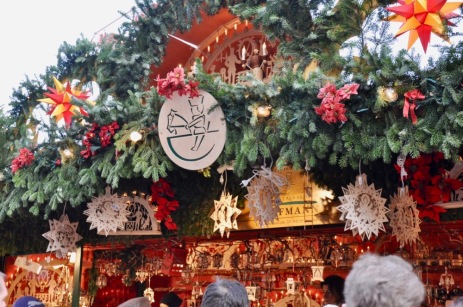 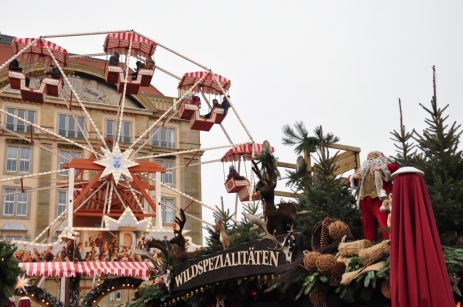 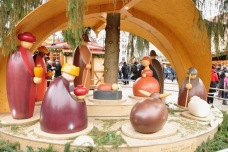 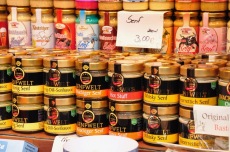 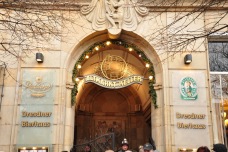 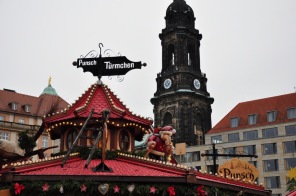 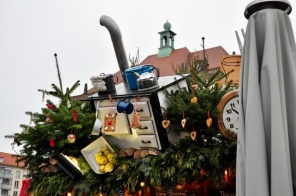 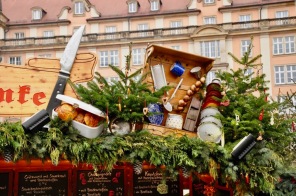 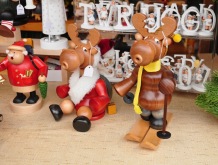 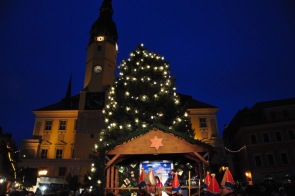