…my license plate says so!

Wrocław is a big city, by Polish standards anyway. A city life, to those living within Wrocław, is nothing new and people here definitely take it for granted. You hop on a bus or a tram, get to wherever you need to go, all within a very reasonable time frame with pretty much the entire city at your disposal.

This however is not the case for thousands of people living in towns and villages immediately surrounding Wrocław. The city is where everything happens, so people from outside work here, shop here, party here, while being somehow held to a lower standard by those inside the magical city walls. And while I’d love to say that I don’t know why that is, there are a few stereotypes that are alive and well. One of them is driving.

For some reason drivers from outside of Wrocław are worse than those from within the city. It’s a fact. I’m sure it’s been proven somehow, somewhere, by someone. I mean it couldn’t possibly be that city folk are just pumping their egos, right? And just to distinguish those driving from one another, the city has it’s own license plates abbreviation: DW. I can’t find anywhere via Google what DW stands for, probably Dolnośląskie Wrocław (Lower Silesian territory), but you only get one of those puppies if you live within the city limits of Wrocław. Everyone else get’s a DWR and if you see this on a car, be careful! 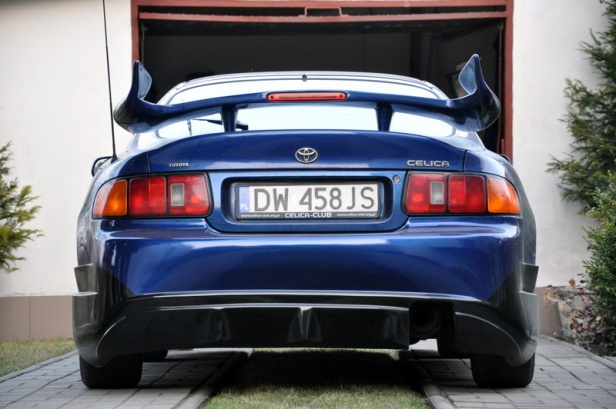 I’ve witnessed on numerous occasions how my friends and even family members behave when they see a car with anything other than a DW do something funny in front of them. Say someone cuts you off; a DW driver is just an asshole like anyone else who cuts you off, but a DWR suddenly becomes a village asshole that opens up a whole bag of stereotypes and swear words I didn’t know existed. It also makes no sense why only those from surrounding towns are discriminated against. If you come from a whole other city and have a completely different abbreviation you’re alright. It’s just those poor folk between Wrocław and the next major city that seem to be screwed here.

Shown above is my younger cousins Toyota Celica, it has DW…so just get out of the way.