New Years was almost a month ago now, so why am I just now writing this post? Well, after coming home from a great party on January 1st 2012, I discovered that after 3 months of crappy internet service my ISP decided to cancel my account altogether without so much as a cancellation notice or a fucken phone call asking me to return their modem and HD TV tuner. All this I found out on my own while I waited three weeks to get another internet connection hooked up.

That brings us up to date and now I just have to catch up with some posts and photos I took during that time. It’s not much, but the New Year’s Eve party itself was a lot of fun and I wanted to write a quick post about it. 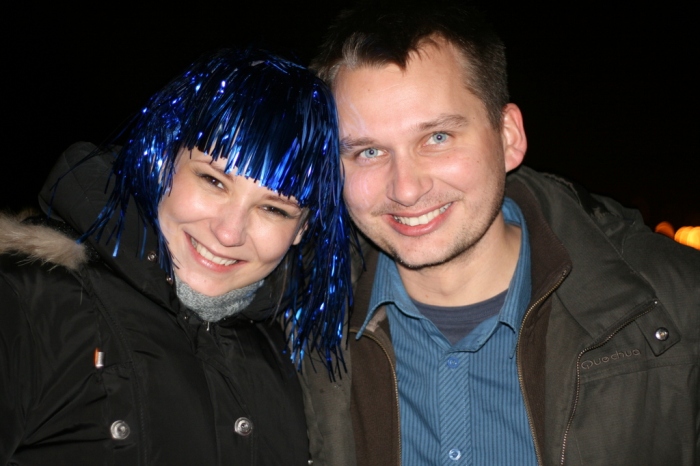 Cichy and Julita are no strangers to my blog, I wrote about “The Silent One” and his better half in a post from our Nysa Lake camping trip. The party took place in their apartment where we probably annoyed most neighbors with loud music till about 4am. But hey, it’s New Year’s Eve! 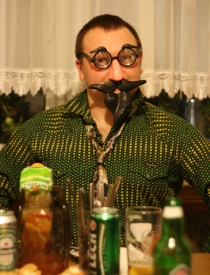 There wasn’t supposed to be any special theme for the party, but it was recommended that people wear something odd. My 70’s shirt and sports jacket along with Karolina’s blue ‘New York’ outfit were reused from the old Teklak party days back in Dana Point, California. Others dressed up a little, too, most notably Julita with blue hair and Michał as a Mexican whore, though I’ve never seen a Mexican whore with a mustache before…not that I’ve seen Mexican whores at all… Michał looked more Cuban than Mexican anyway.

We played charades before the hour struck midnight, a game where both teams did remarkably well putting some great acting skills on display. Unfortunately my team lost by one point as Marta couldn’t act out the movie title “The Depot of the Dead”. A few minutes to midnight we walked outside with our sparkling wine and one original Champagne, from the Champagne region of France itself. 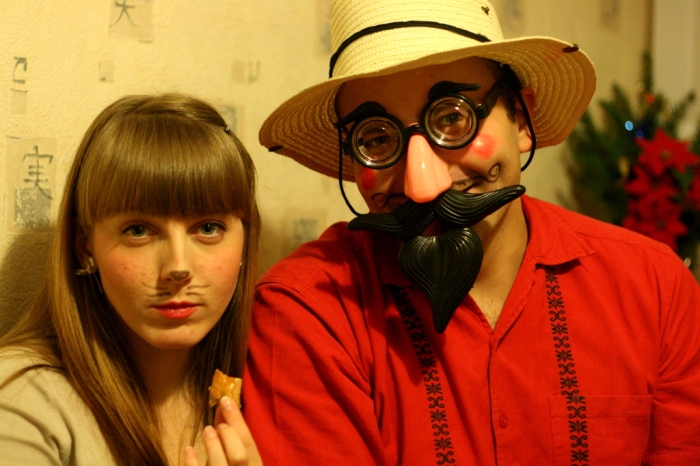 Once the hour hit I felt as if a war had broken out. I don’t think I’ve ever seen so many fireworks on display. And we’re not talking professional setup either. I’m talking about hundreds of people setting rockets on fire for about 20 minutes straight. It was quite amazing. After we returned back to the apartment we managed to talk, drink, and play till 4:30am. We didn’t even know where the time has gone, and I can’t remember a party where I stayed up this late without even noticing it. Thanks again for being great hosts! 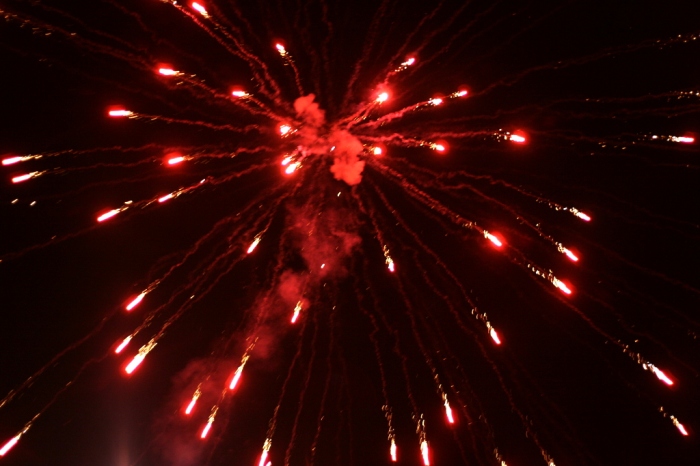