I did a writeup on Wrocław’s Oldtimer Bazar back in October, but I’m pretty sure it will be a recurring topic as I keep finding cool new stuff every time I attend. The original write up is here: Oldtimer Swap Meet.

The most recent show took place a week ago and even though it’s still winter and there was quite a lot of snow on the ground the turnout seemed pretty solid. Not too many bikers, but a lot more gear and a lot more old school parts. From old Schwalbe frames to gas masks, that show keeps impressing me with sheer variety of crap for sale. But one man’s trash is another man’s treasure, so perhaps there’s someone that’s been looking to restore an old Simson scooter, from ground up no less. 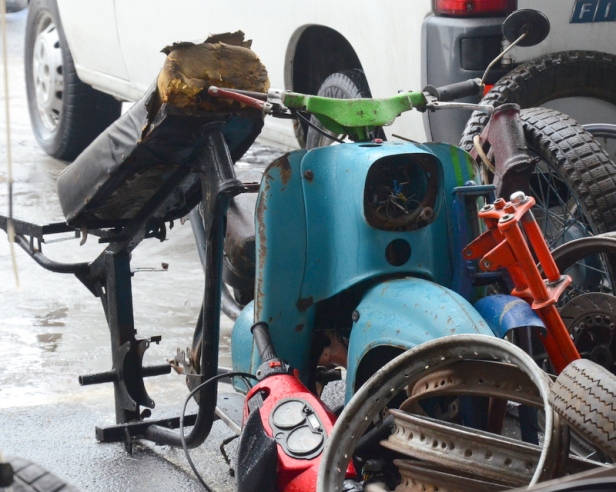 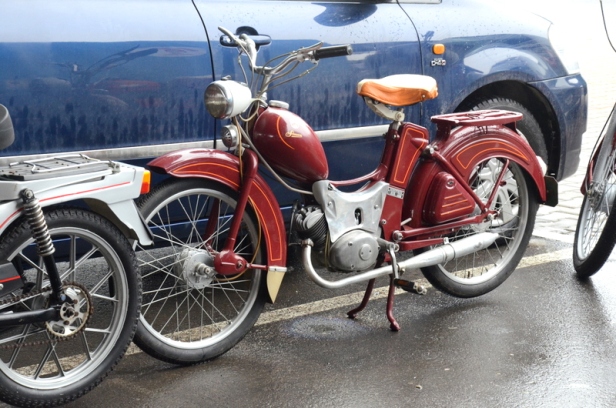 I really admire people who can take a piece of crap frame and through hard work and patience come up with a scooter such as the one seen above. There are times when I think to myself that I could do that, too, and then I usually have to sit down, relax, and wait till that thought goes away. Maybe one day…but not any day soon, that’s for sure.

I did however catch the Supermoto bug recently, with my purchase of the FMX and all, and found a couple of cool Supermoto bikes at this swap meet. I actually sat on a Yamaha XTX-660 and didn’t find it to be too tall, that was actually why I never considered it for myself to begin with. But I found an even beter toy shown for sale on a trailer nearby. A BMW GSX 650. Wow, what a cool looking machine that was. Very pricey, but I think that’s just a BMW standard, and only meant for a single rider, ever, but overall that BMW was pretty nice.

One of the most odd thing to see was some WWII memorabilia, swastika on crates and stuff. 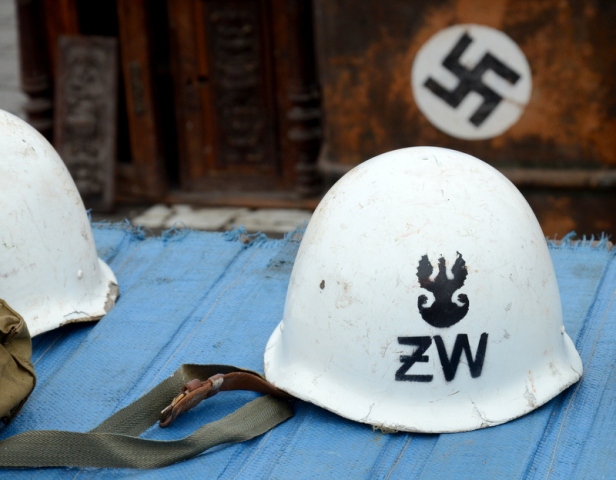 I was surprised to see that the motorcycle stunt guys were doing their thing even though there was snow all around. It seemed that all drifting was much easier, obviously since it was wet everywhere, but wheelie stunts and stoppie’s seemed borderline suicidal. 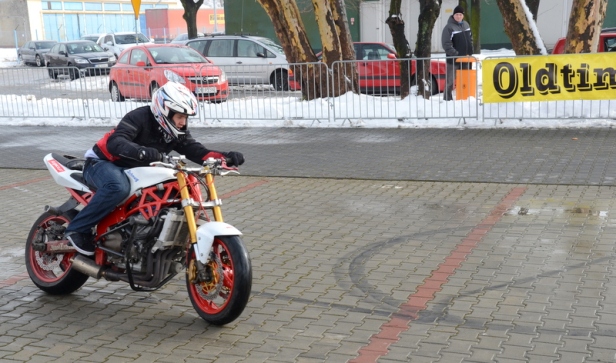 The only part I can’t quite figure out is what that old school motorcycle did under the same tent with the stunt riders. I can’t image it was used for any stunt riding, or was it?

The car selection was very small at this meet. I spoke to the owner of this Willys made for the Russian market (check out the instructions plates in Russian) and he told me that everyone backed out due to too much salt on the road. Poland salts their roads heavily in the winter season.

And last but certainly not least is my pop, who no matter who’s junk will always find something for himself.

One thought on “Oldtimer Bazar Redux”