Speedway is a big part of Wrocław’s sport culture and it’s almost surprising that it took me 4 years to go to my very first speedway race.

Wroclaw’s team is called Betard Sparta Wroclaw, Betard after their main sponsor known in Poland for prefab cement elements. I noticed that Polish speedway teams are named by their main sponsor (also true for other sport teams in Poland) and  I’d say Betard does alright as a club name. Much worse off is the team sponsored by an online money exchange place, they’re called “KantorOnline” which literally means “OnlineMoneyExchange… Money, sure, but as far as naming goes…not so much. 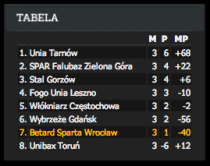 Sparta Wrocław was once a powerhouse on the Polish speedway circuit and has bagged four national championships, last of which in 2006. But that’s not the case this season for sure as the team is scraping the bottom of the barrel in a second to last place in the league.

This of course didn’t stop hundreds of fans from attending Sunday’s race. Emotions ran hot on this very cool day and even riot police was called in to intervene as rival fans began burning Wroclaw teams’ memorabilia. This hooligan behavior is really stupid and a copycat from Polish soccer games. I myself don’t understand how one can be so passionate about their team that one must kick someone in the face to prove it.

The race itself was a very even matchup where team leads changed with every heat. As I mentioned, this was my very first speedway event, ever!, and I had no idea there was work to be done. My boss Nick explained the rules to me and was in charge of writing down the points won and the overall score of the race. I have to admit this is one cool way of keeping the audience involved. I remember sitting through hours of baseball eating hot dogs and nachos not really caring about what was happening on the field. Here you’re constantly involved, cheering on your team, writing down and counting up their points, trying to predict what might happen in the next heat and how it will play out point wise… Very cool stuff.

The entire race ended with a draw, and I had to ask a stranger next to me what that meant. Apparently everyone goes home happy that they neither won nor lost. I think there should be a “best rider takes all” rule where when a draw comes about, each team picks their best rider and the two square off for the win that day. That’s just my idea, I’m sure the way things are now play out somehow down the line pointwise.

Speedway races in the city take place at Wrocław’s Olympic Stadium, which has a funny history of its own as Wrocław never hosted the Olympics. The old red brick adds a very cool ambiance to the event and makes you feel as if this your home and motivates to cheer on your team. I highly recommend it! Next race in Wrocław is June 1st. 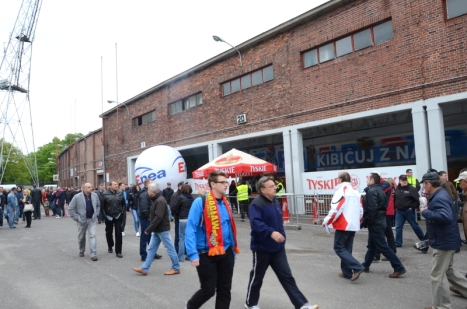 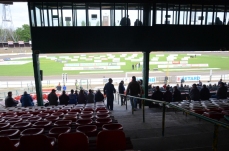 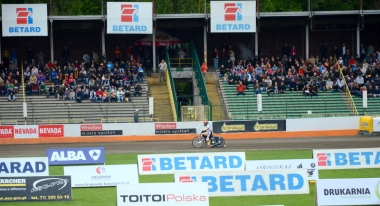 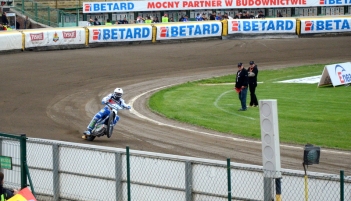 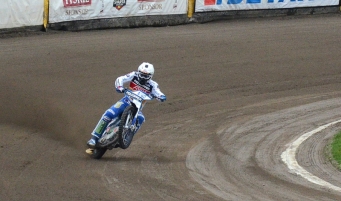 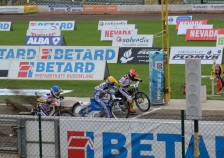 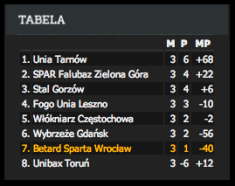