Also in June, my boss floated the idea of a PMO team kayaking trip. We have a pretty solid Project Management Office gang over at GOVECS. We all get along, help each other out, pump each other up, and at times push each other’s buttons. The team itself is a mix of O.G. guys together with more recently hired PM’s. By O.G. I, of course, mean “Original Gangster” and not “Original GOVECS” 😉

The only issue with going kayaking with your boss is…going kayaking with your boss! It’s not always a bed of roses if you know what I mean. Work is work. There are fun times to laugh, there are stressful times to scream, and there are those times where a boss must remind us who is…the boss. While I didn’t quite know if the trip was a good idea at first, I am very happy to say that it was indeed a big success. And as I’m sure eventually my boss will get around to reading this post, I think it did quite a lot to improve my working relationship with my superior.

The trip was set for five couples, as we all brought our significant others to kayak down the Barycz River near the city of Milicz. It just so happened that it was five GOVECS guys and their partners, except for one whose girlfriend had to work that day. But it was the women on that trip that were foreign to each other, and that it was them that made the trip as awesome as it was.

It was pretty funny to see how all of the ladies immediately clicked. It was as if they all unanimously said: “Yeah, I know, right?” about all the silly things we, the guys, have told them beforehand. There was a ton of laughter throughout the 15 or so kilometers down the river, and I even though we got completely soaked by a passing storm mere inches away from our cars, we had a great time. I do dish out shit when I personally don’t like something, but I’d like to think that I also give credit when credit is due, and I’d like to give credit to and thank my boss for organizing that trip. I, for one, am better for it. 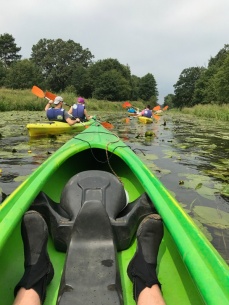 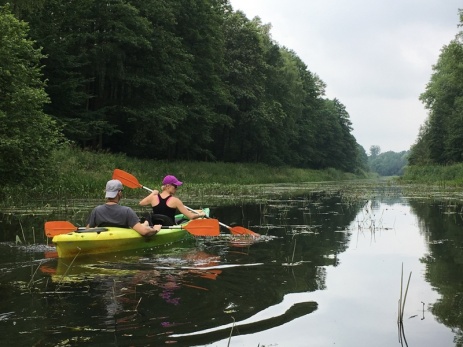 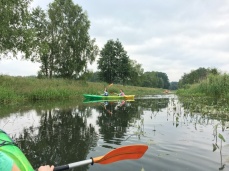