Every now and again I get the urge to make me some pancakes.

Ania will sometimes make the traditional Polish ones, but Polish pancakes, also known as ‘neleśniki’, are just not the same. They’re mostly very thin and you actually roll them or fold them into triangles with your choice of filling be that fruit jelly, Nutella, or cream cheese.

But to me there’s only one way to get that good’ ol American pancake taste: a pancake batter mix. Yes, it’s a chemistry set in a box, it has to be. After all, you just add water and bamm, pancake batter is done. Not too many things in the wild require ‘only water’ to be done. And while I could opt out for a tastier and healthier pancake recipe, I chose the fast route with Nick’s Pancake Mix.

I do believe the box says it all: “the easy rider”. 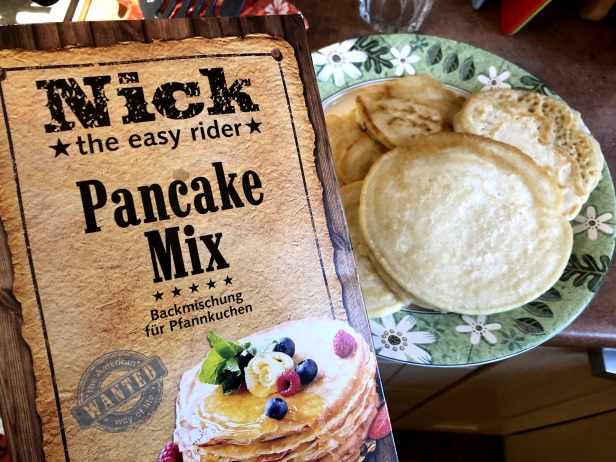 We bought the mix at a local ‘international kitchen’ store. It’s a place where one can purchase Vanilla Coke made in the States, Hershey’s chocolate, Doritos chips, Reese’s Peanut Butter Cups, or Nicks pancake mix among other things. It’s usually pricey in there but it’s a great place to visit for a little trip down the memory lane.

To top off my pancakes I also bought a 100% Original Canadian Maple Syrup, because with a name like ‘Mohawk’ and that red maple logo you just can’t go wrong. Or so I thought.

Pancakes came out just fine, or as fine as one could expect from a ready-mix sloshed with water, but I was deeply disappointed by the maple syrup. Maybe I’m just an Aunt Jemima syrup kid at heart, but that Canadian maple thing really sucked in the taste department. It makes me wanna buy more maple syrup simply for comparison purposes, but that would require more pancakes and I’m just not that eager for a syrup taste off.

So I’m just gonna end it here Mohawk maple syrup. You had me at 100% Original Canadian but lost me after only one pancake. 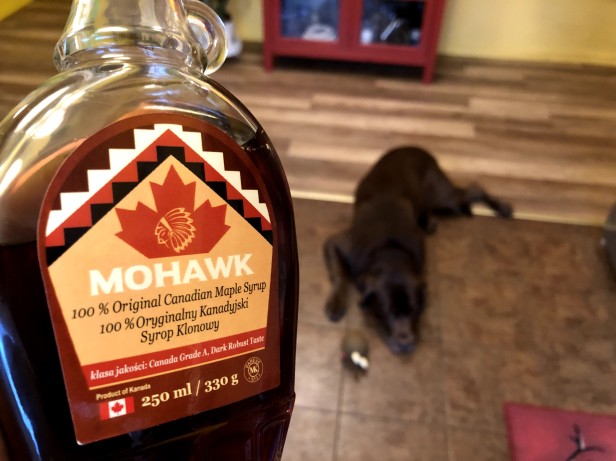 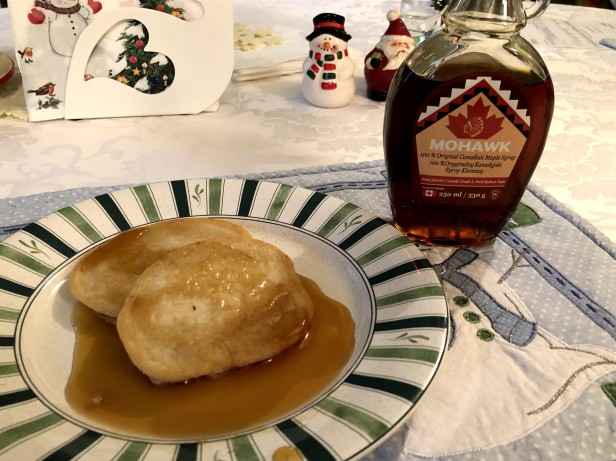 One thought on “Canadian, Eh?”